What does Tori mean?

Tori is of Latin origin, and it is predominantly used in the English and Latin languages. From the short form of other given names, but now used as an independent name in its own right.

Both the origin and meaning of Tori is inherited by all variant forms.

Tori is of Japanese origin. The meaning here is bird.

In addition, Tori is a short form (English and Latin) of Victoria (English, German, Romanian, and Spanish).

Tori is a classic favorite. Today it is still a somewhat popular baby girl name, but not to the degree it was before. The name's popularity jumped from the 1950s up to the 1990s; before that, it was of very light use only. At the modest peak of its usage in 1994, 0.114% of baby girls were given the name Tori. It had a ranking of #142 then. The baby name has experienced a loss in popularity since then. In 2018, its usage was 0.018% and its ranking #824. Out of the family of girl names directly linked to Tori, Victoria was the most popular. In 2018, it was more commonly used than Tori by 22 times. 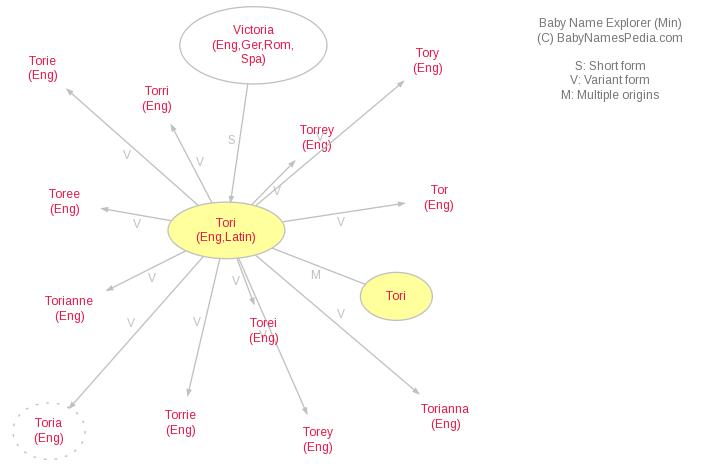