What does Tormod mean?

[ syll. tor-mod, to-rm-od ] The baby boy name Tormod has its origins in the Germanic and Old Norse languages. It is used largely in the Scandinavian, Scottish, and Gaelic languages. From Old Norse roots, its meaning is 'Thor's mind' - in this context, Tormod can be used in the Gaelic, Scandinavian, and Scottish languages. It is derived from Thor ; mod meaning 'mind,wrath,courage'. An old form of Tormod is Tormod (Old Norse). In Scotland, the name is often Anglicized as Norman due to a similarity in pronunciation, and also because Tormod was first introduced by Norse conquerors to Gaelic speakers. Mona is sometimes used as the feminine form of Tormod in Gaelic Scotland.

Tormod is a variant form of the English, German, and Scottish Norman in the Scandinavian and Scottish languages.

Variant forms of Tormod include the English Norman, the Scottish Tormailt, the name Tormon, and the name Tormund.

Tormod is not frequently used as a baby boy name. It is ranked outside of the top 1000. 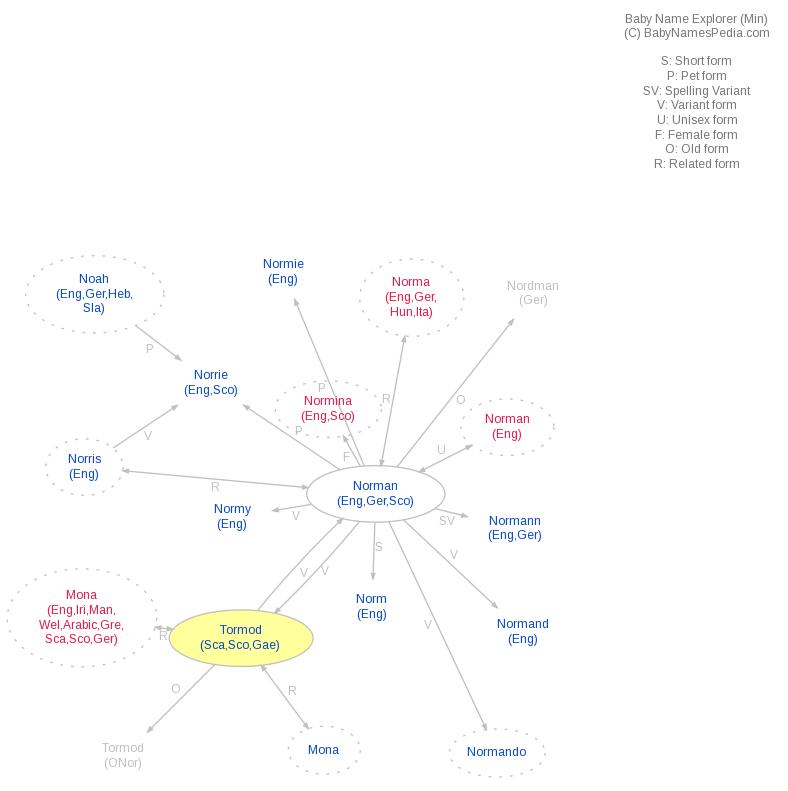