What does Tova mean?

Tova's language of origin is Old Norse. It is predominantly used in English, Hebrew, and Scandinavian. It is derived from the word thor with the meaning 'thunder, thunder god'. This could have developed as the short form of longer names starting with 'Thor-', or it could be from Tófa (Old Norse), a short form of Thorfrid (Old Norse).

Tova's language of origin is Hebrew and it is also predominantly used in Hebrew. It is derived from the word towb which is of the meaning 'good'. This is a modern Jewish name.

A form of the name is the Hebrew Tovah.

In addition, Tova is a form of the Hebrew Tovia.

Tova is an uncommon baby girl name. It is not in the top 1000 names. 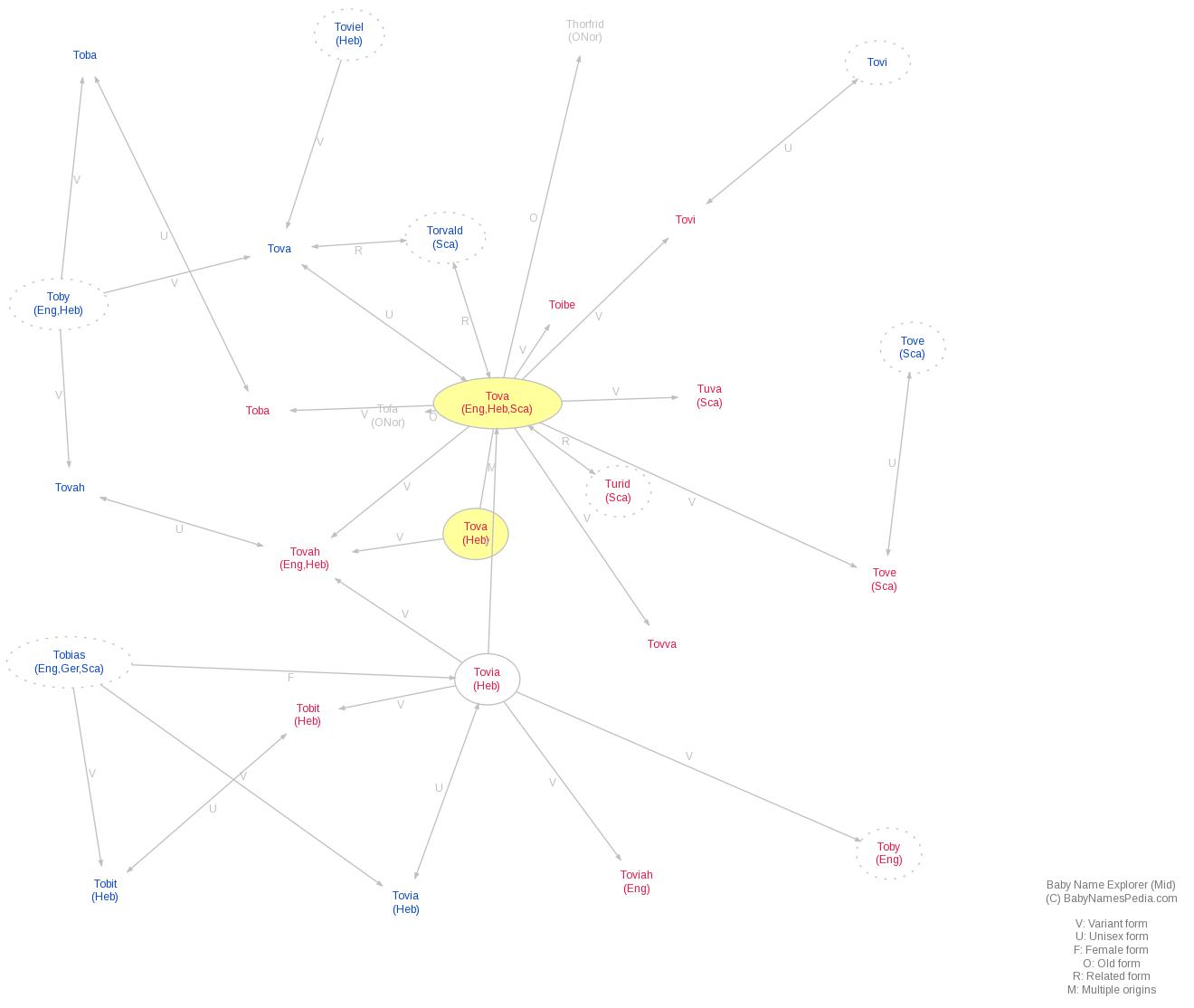