What does Tracy mean?

[ 2 syll. tra-cy, tr-acy ] The baby boy name Tracy is also used, and more commonly so, as a girl name. Its pronunciation is TREY-Siy- †.

Tracy is an English name of Old French origin. The name's meaning is place of Thracius. It represents the transferred use of the geographic name and the surname as a given name. See Tracy for more information.

Tracy is of Celtic origin. Here, the meaning is warlike.

The name Treasaigh (Irish) is a variant of Tracy.

Tracy is uncommon as a baby name for boys. At the modest height of its usage in 1966, 0.186% of baby boys were given the name Tracy. Its ranking then was #98. The baby name has since experienced a marked fall in popularity, and is currently of very light use. Within the group of boy names directly linked to Tracy, Trace was the most popular in 2018. 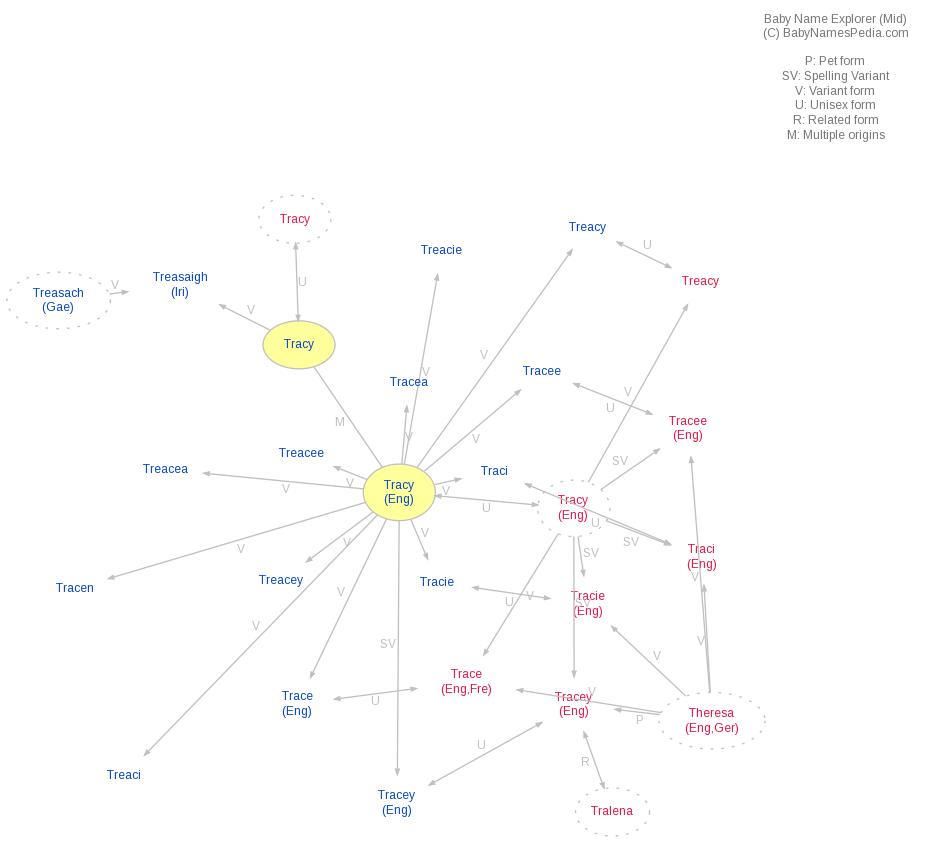