What does Travis mean?

[ 2 syll. tra-vis, tr-av-is ] The baby boy name Travis is pronounced TREYV-ihS- †. Travis is of Old French origin and it is predominantly used in the English language. The meaning of the name is 'toll collector'. It is from the word traverser which means 'to cross'. The first name is derived from the Norman surname, itself derived from the job title for one who collects toll from travellers along a bridge or crossing. The first name was adopted by English speakers at the end of the 20th century.

Travis is an all-time favorite. At present it is still a rather popular baby boy name, but not as much as it was previously. The name's popularity jumped from the 1900s up to the 1970s. At the height of its usage in 1979, 0.617% of baby boys were given the name Travis. It was #36 in rank then. The baby name has steeply declined in popularity since then. In 2018, it ranked at #313 with a usage of only 0.056%, but it was nonetheless the most regularly used within all boy names in its family. 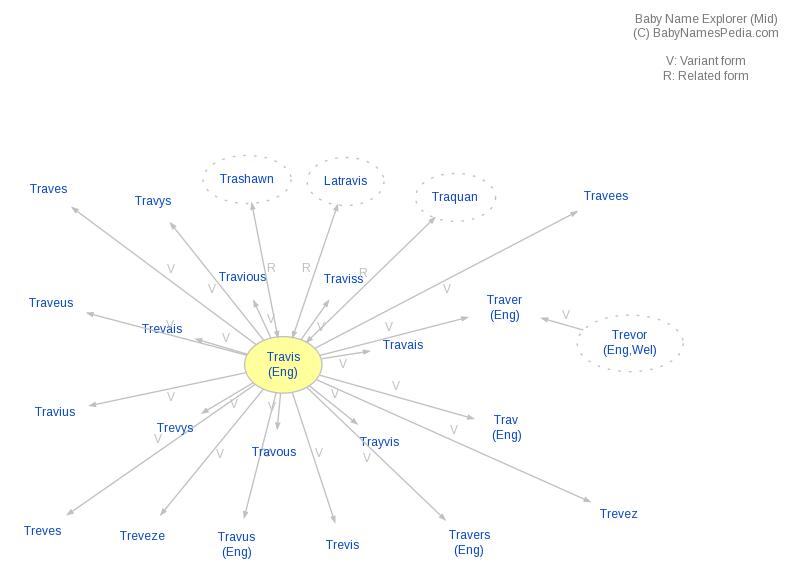