What does Trevor mean?

[ 2 syll. tre-vor, tr-ev-or ] The baby boy name Trevor is pronounced as TREH-VahR (English) †. Trevor is used chiefly in the English and Welsh languages, and it is derived from Welsh origins. The name's meaning is large village; Mor's village. The first name is derived from the surname, itself from the Welsh or Cornish place name Trevor or Trefor. The place name could be found in many villages in Wales or Cornwall, and is itself from the first element 'tref' (meaning village, settlement, homestead) combined with 'mawr' or the name 'Mor'. It could thus mean 'large village' or 'Mor's village'. The pronunciation of the name has been transposed over the centuries from 'm' to 'v'. The first name has been used by Welsh speakers since the 10th century, but it was introduced to English speakers only in the mid-19th century. It was later promoted in Britain by the actor Trevor Howard (1916-88) through his film Brief Encounter (1945). The name Treva (English) is the female form of Trevor. 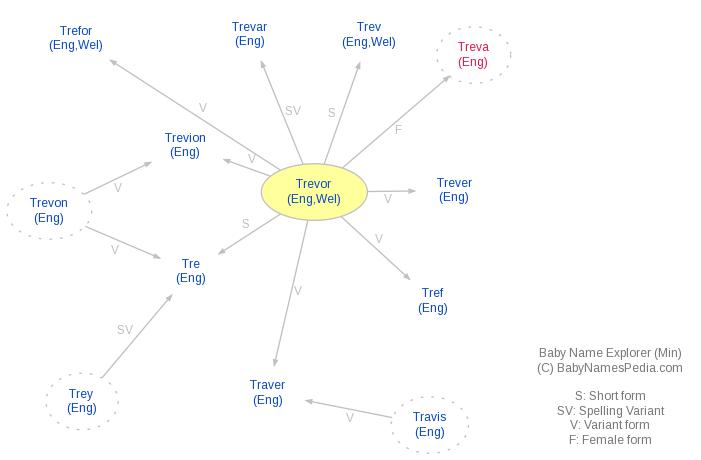