What does Trey mean?

[ 1 syll. trey, tr-ey ] The baby boy name Trey is pronounced as TRey- †. Trey is used predominantly in the English language, and it is derived from Celtic and English origins. English origin: The first name is derived from the gaming word 'trey', which refers to a three in dice, cards, or dominoes; the word is itself of the Old French 'treie' and the Indoeuropean root word 'trejes'.

In addition, Trey is a variation of the name Tremain (English).

The origin and thus the meaning of Trey is inherited by all variant forms. 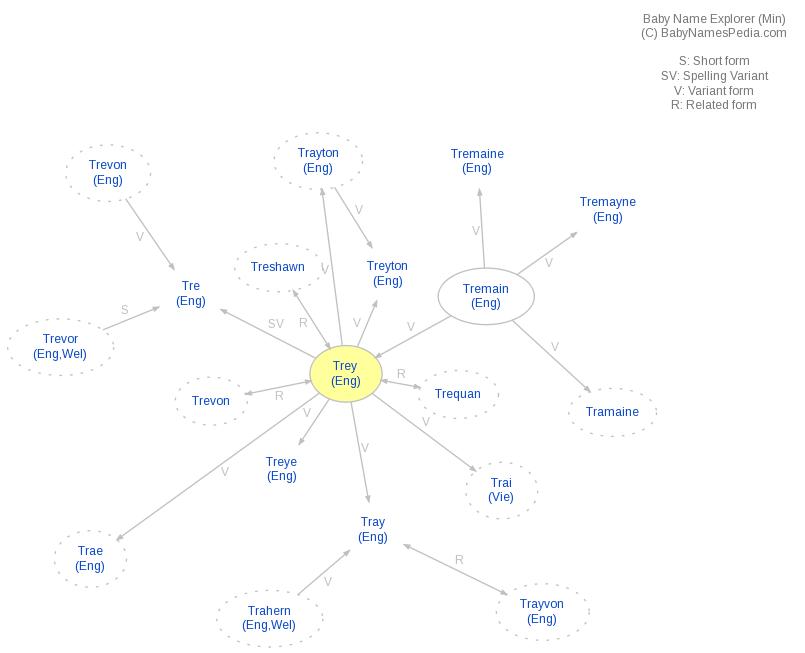