What does Tucker mean?

[ 2 syll. tuc-ker, tu-ck-er ] The baby boy name Tucker is pronounced as TAH-K-er †. Tucker is largely used in English and it is derived from Old English origins. It is from the word 'tucian' which is of the meaning to full. The first name is derived from the surname, itself from the medieval job title for a 'fuller' who spins and works with woollen cloth. 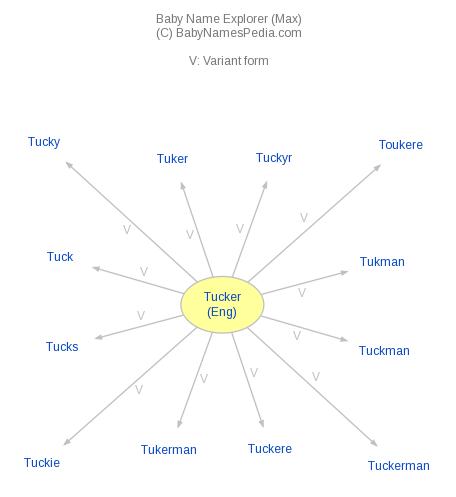