What does Tyr mean?

[ 2 syll. tyr, ty-r ] The baby boy name Tyr is pronounced as TihiyR †. Tyr is largely used in the Scandinavian language and its origin is Old Norse. Teiwaz (Germanic), Tiu (Old Norse), Tiw (Old English), Tiwaz (Germanic), Tyr (Old Norse), Tyz (Gothic), and Ziu (Germanic) are original forms of Tyr. The name was borne in Norse mythology by the son of Odin and the god of combat and justice; he gave his name to Tuesday, which was originally "Tyr's day". The ultimate source of the name is the Indoeuropean word 'deiwo' (meaning light, deity) or 'dyeus' (light, deity), which is also the root of the names Zeus and Jupiter. The name Tyra (English and Scandinavian) is the female equivalent of Tyr.

The name Ty (Scandinavian) is a variant of Tyr.

Tyr is unusual as a baby name for boys. It is not listed in the top 1000 names. In 2018, among the group of boy names directly linked to Tyr, Ty was the most regularly used. 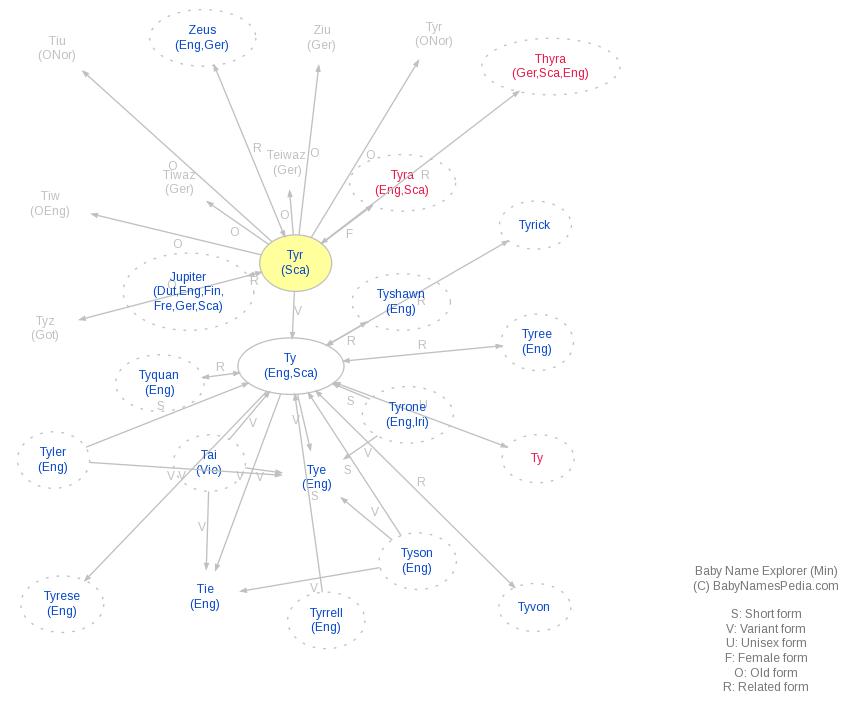