What does Tyrese mean?

[ 2 syll. ty-re-se, tyr-ese ] The baby boy name Tyrese is pronounced as TayRIY-S- †. Tyrese is of English and Celtic origin. It is used mainly in English. The name is a modern invention, coined from the name Ty.

Tyrese is an English form of the English and Scandinavian Ty.

Tyrese is also an English form of the English and Irish Tyrone.

Variant forms inherit the origin and meaning of the name Tyrese.

Tyrese is unusual as a baby boy name. Its usage peaked modestly in 1999 with 0.083% of baby boys being named Tyrese. It had a ranking of #203 then. The baby name has experienced a marked decline in frequency since then, and is of only sporadic use now. Among the family of boy names directly related to Tyrese, Ty was the most commonly used in 2018. 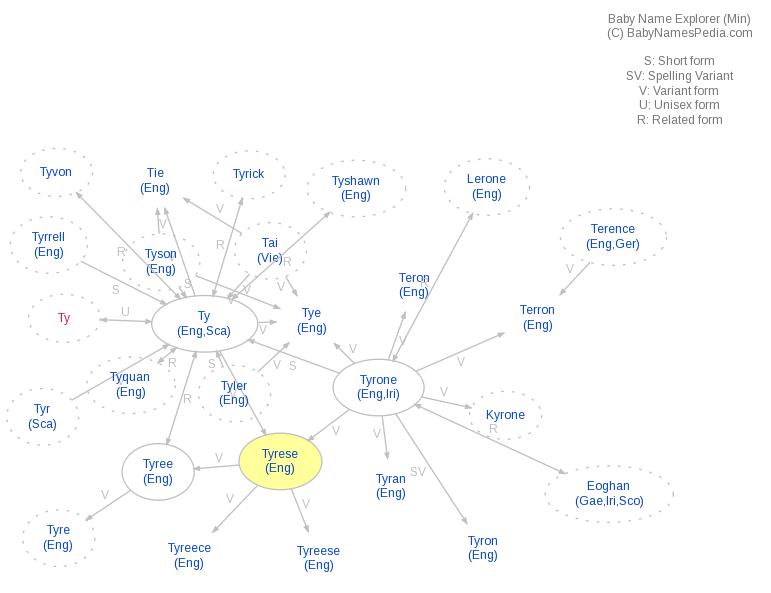