What does Tyrone mean?

[ 2 syll. ty-ro-ne, tyr-one ] The baby boy name Tyrone is pronounced as TayROW-N or T-ERow-N †. Tyrone is used predominantly in the English and Irish languages. It is derived from Celtic origins. It is from the word 'tir' which means land. The first name is derived from surname, itself from the Irish county name, of the Gaelic 'Tir Eoghain' meaning 'land of Eoghan' or 'land of Owen'. The name was popularized by the US film stars Tyrone Power, Sr, and his son Tyrone Power, Jr, also known as 'Ty Power'.

What are the Variant Forms of Tyrone?

Tyrone is unusual as a baby boy name. Its usage peaked modestly in 1970 with 0.133% of baby boys being given the name Tyrone. It was #132 in rank then. The baby name has experienced a marked fall in popularity since then, and is currently of irregular use. Among the family of boy names directly linked to Tyrone, Ty was the most popular in 2018. 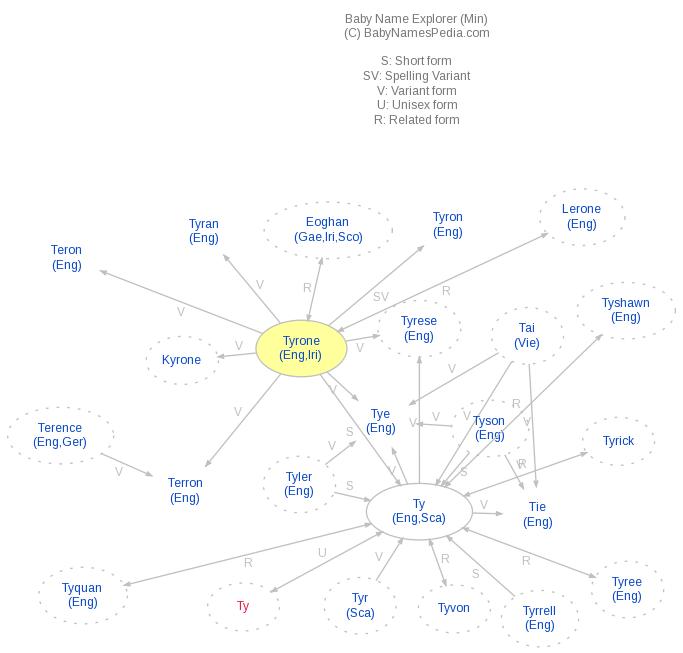