What does Ula mean?

Ula has its origins in the Irish language. It is used largely in the English, Gaelic, Hawaiian, and Polish languages. The meaning of the name is 'sea jewel'.

Ula's origin is Basque. Here, it means 'the Virgin Mary'.

In addition, Ula is a Spanish familiar form of Eulalia (English, Italian, and Spanish).

Ula is uncommon as a baby name for girls. At the height of its usage in 1901, 0.006% of baby girls were given the name Ula. Its ranking then was #854. The baby name has since experienced a decline in popularity, and is currently of only very modest use. Within all girl names in its group, Ula was nonetheless the most widely used in 2018. 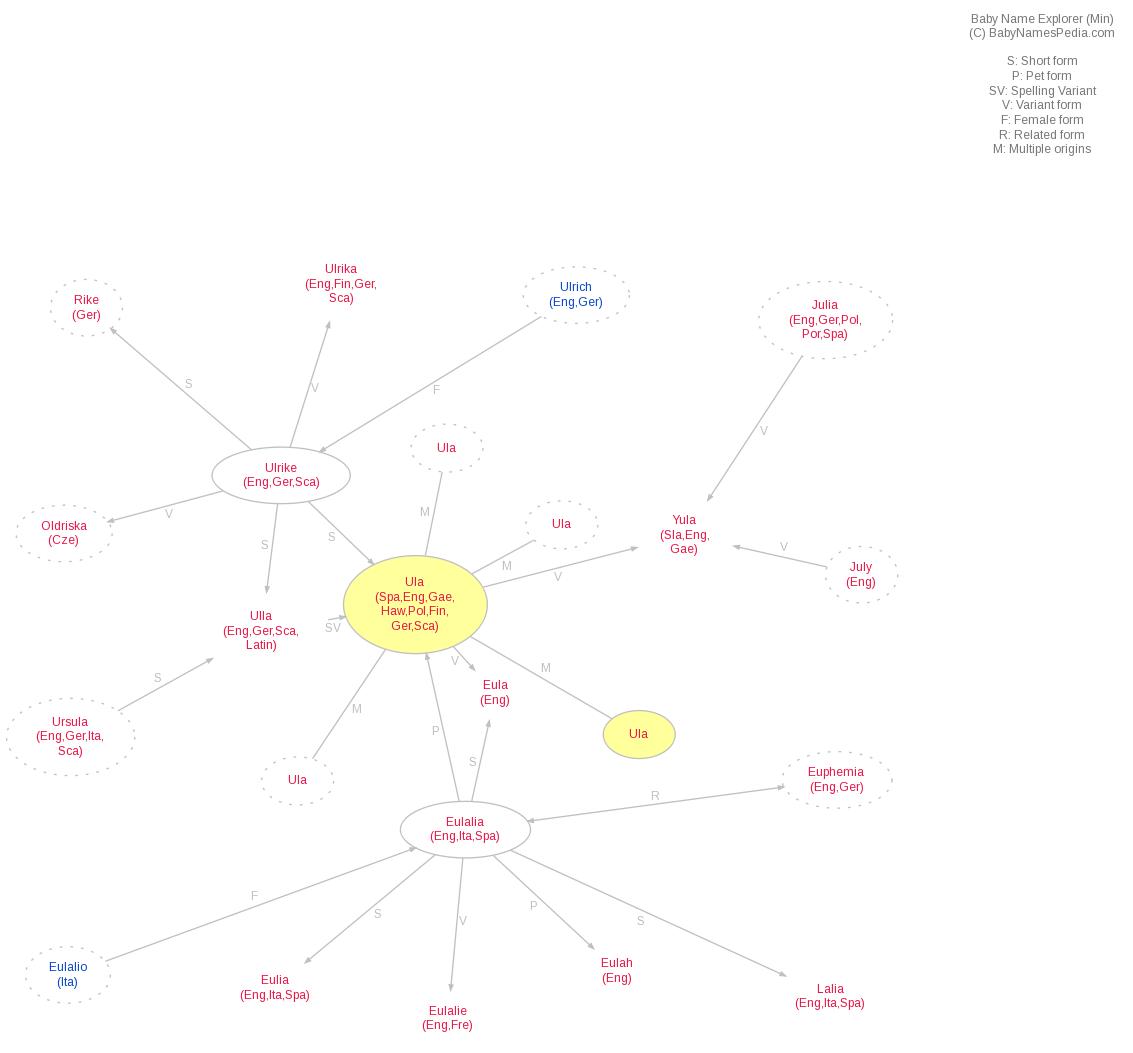