What does Ulf mean?

[ 1 syll. ul(f), ulf- ] The baby boy name Ulf is pronounced as ahLF †. Ulf is mainly used in German and Scandinavian, and it is of Old Norse, Old English, and Germanic origin. Old Norse origin: It is derived from the element 'úlfr' with the meaning wolf. From the short form of other given names, but now used as an independent name in its own right.

In addition, Ulf is a variant form of the English and French name Ulric.

Ulf is also a variant form of the German, Hebrew, Yiddish, and English name Wolf. 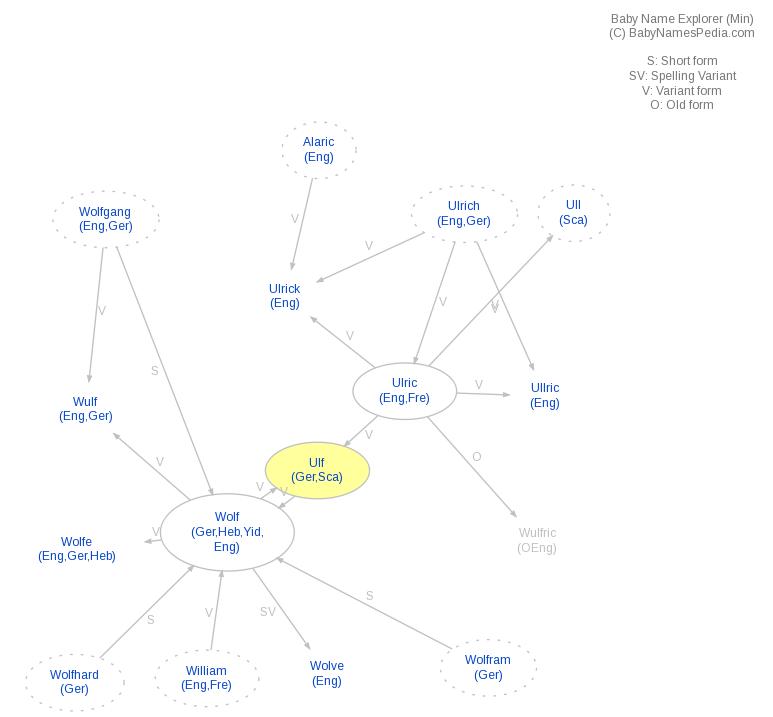