What does Ulmer mean?

[ 2 syll. ul-mer, ulm-er ] The baby boy name Ulmer is pronounced as AHLMer †. Ulmer is derived from Old English and English origins. From English roots, its meaning is famous wolf.

In addition, Ulmer is a variant form of the English and Scandinavian name Elmer.

Ulmer is not commonly used as a baby boy name. It is not in the top 1000 names. 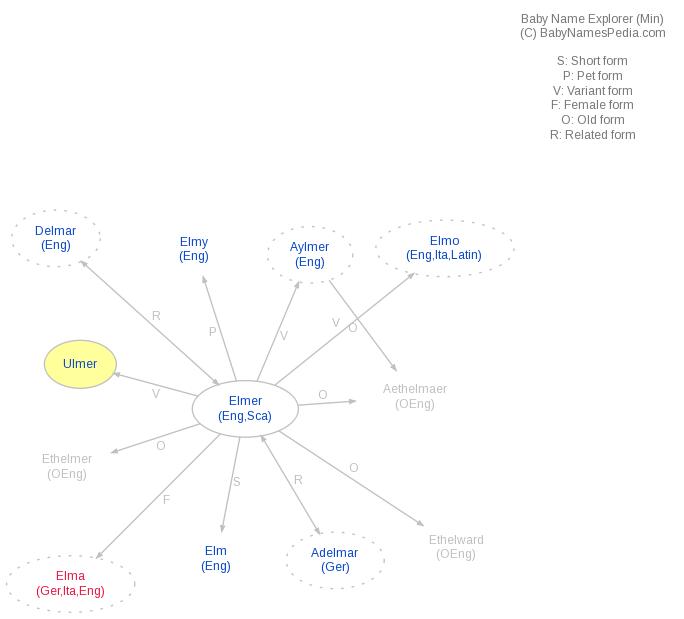