What does Ulrike mean?

[ 3 syll. ul-ri-ke, ulr-ike ] The baby girl name Ulrike is also used as a boy name. It is pronounced in German as uhL-RIY-Kah †. Ulrike is of Germanic origin. It is used mainly in English, German, and Scandinavian. It is a two-element name derived from uodal and ric with the meanings 'heritage, patrimony' and 'rich, powerful, ruler' respectively. The name Ulrika was borne by two queens of Sweden. The name Ulrica was popular in 19th-century literature, having appeared in the Sir Walter Scott novels Ivanhoe (1819) and Count Robert of Paris (1832). Ulrike is the feminine equivalent of the English and German Ulrich.

Ulrike is not often used as a baby girl name. It is not in the top 1000 names.

A baby name that sounds like Ulrike is the English, Finnish, German, and Scandinavian Ulrika. 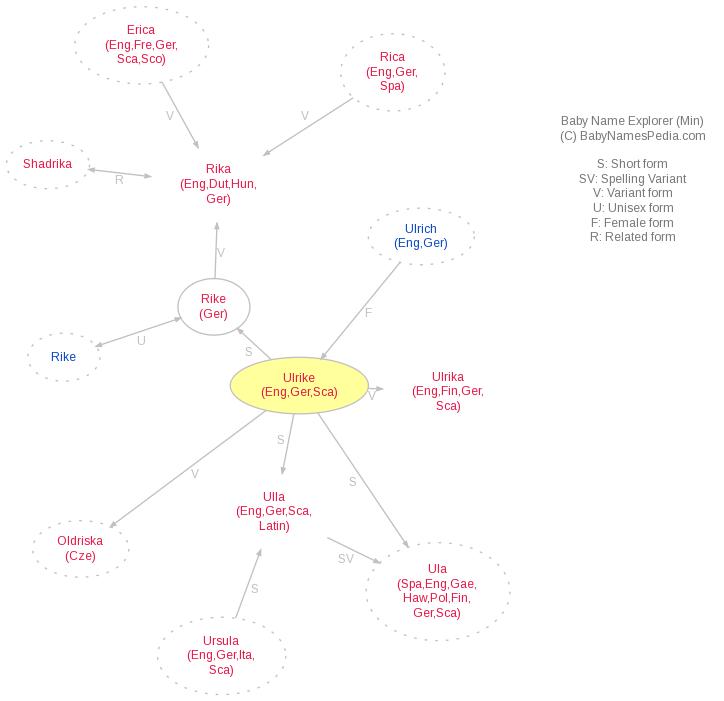