What does Unity mean?

[ 3 syll. u-ni-ty, un-ity ] The baby girl name Unity is also used as a boy name. It is pronounced YUW-Nay-Tiy- †. Unity has its origins in the Latin and Celtic languages. It is used largely in English. Latin origin: It is from unity ; unitas meaning 'one' ; unus 'one'. The name is derived ultimately of the Latin unus. It was commonly adopted by English Puritans in the 16th century along with other virtue names. In Ireland, it is used as an Anglicized version of Úna.

In addition, Unity is a form of the Irish and Scottish Úna in the English language.

Unity is not commonly used as a baby girl name. It is not in the top 1000 names. 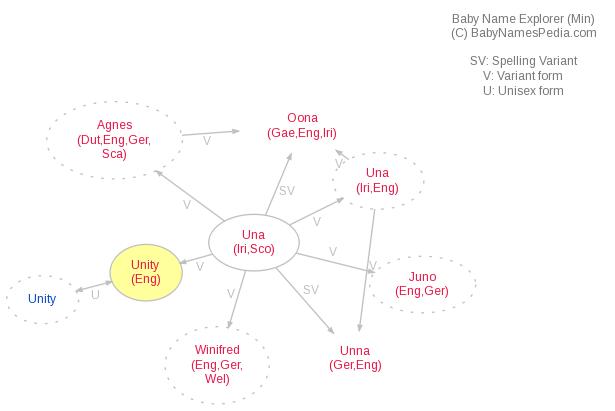