What does Ursula mean?

[ 3 syll. ur-su-la, urs-ula ] The baby girl name Ursula is pronounced as AHR-Sah-Lah in English or uwR-SUW-Laa in Spanish †. Ursula is an English, German, Italian, and Scandinavian name of Latin origin. Ursula's meaning is little female bear. The name evolved as the diminutive of 'ursa'. It was borne by the 4th century Saint Ursula, who according to legend led a crusade of 11,000 virginal handmaidens and was martyred by the Huns when she reached Cologne; the legend popularized the name during the medieval period.

What are the Variant Forms of Ursula?

Ursula is uncommon as a baby name for girls. At the height of its usage in 1967, 0.023% of baby girls were named Ursula. It ranked at #474 then. The baby name has since experienced a marked fall in popularity, and is currently of very modest use. Within all girl names in its group, Ursula was nevertheless the most popular in 2018. 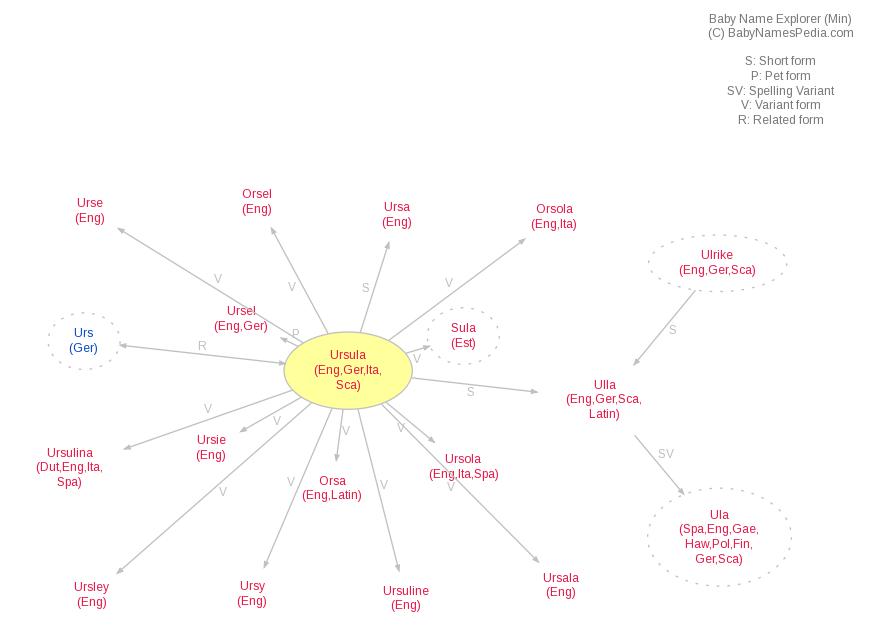