What does Vanda mean?

Vanda has its origins in the African-Congo language. It is used largely in Czech and Italian. The name Vanda means 'braid; plaint'.

Vanda's origin is African-Mende. The meaning here is 'falling lightly like rain'.

In addition, Vanda is a form of the English, German, and Polish Wanda in the Armenian, Czech, English, Italian, Polish, Portuguese, Russian, and Slavic languages.

Vanda is not often used as a baby girl name. It is not in the top 1000 names. 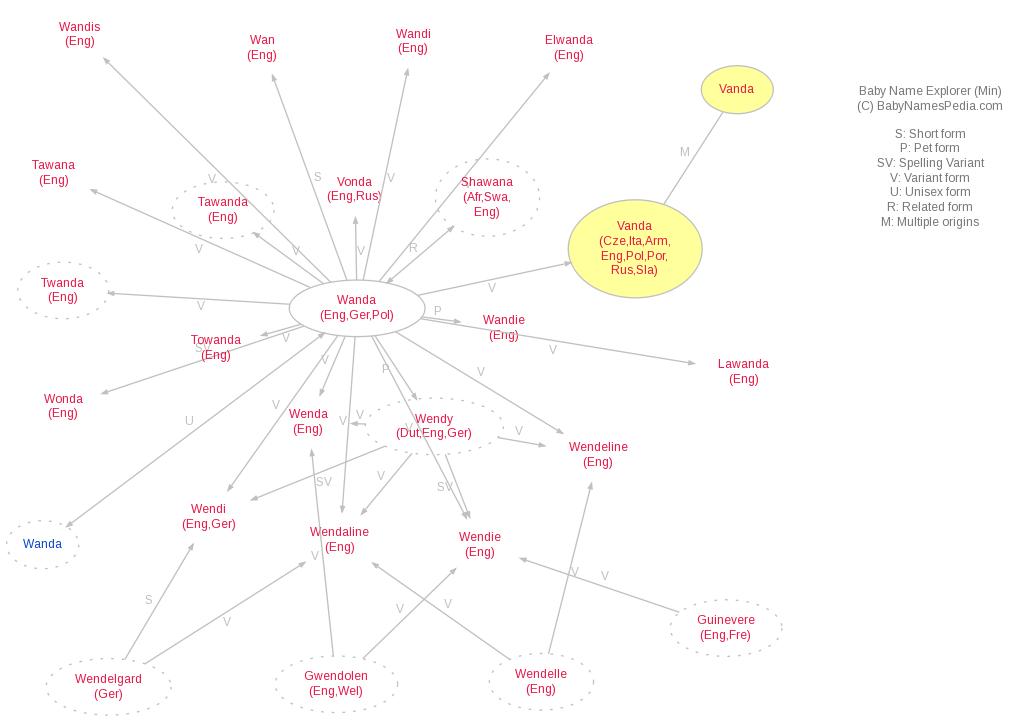