What does Veda mean?

[ 2 syll. ve-da, ved-a ] The baby girl name Veda is also used as a boy name, though the use for girls is far more popular. It is pronounced as VAH-Dah- †. Veda's language of origin is Sanskrit and Latin. It is predominantly used in Indian. From Sanskrit roots, its meaning is 'sacred understanding'.

Veda is an all-time favorite. Currently it is still a somewhat popular baby girl name, but to a lesser degree than it was in the past. Its usage peaked modestly in 1901 with 0.021% of baby girls being named Veda. It was #419 in rank then. The baby name has experienced a steep drop in popularity since then, and it is of only infrequent use in recent times. In 2018, it ranked at #900 with a usage of 0.016%, but it was nevertheless the most popular among all girl names in its family. Veda was used 11% more than the next ranked name, Vada, in 2018. In the last century Veda has primarily been a baby girl name. 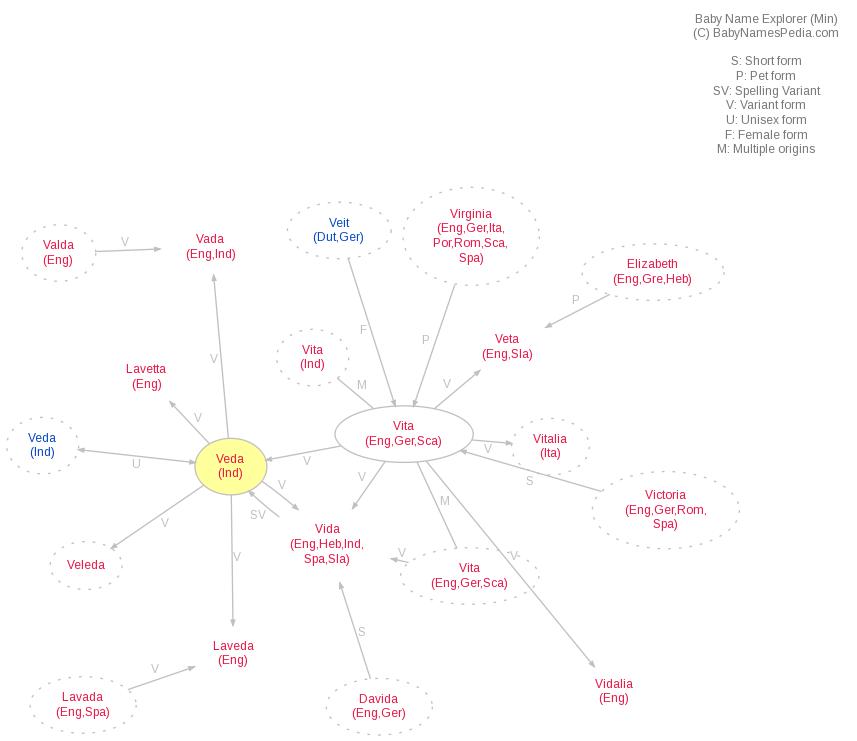