What does Verena mean?

[ 3 syll. ve-re-na, ver-ena ] The baby girl name Verena is pronounced as Vah-RIY-Naa- †. Verena is of Latin origin, and it is used largely in the English and German languages. It is derived from the element verus meaning 'true'. The origin of the name is uncertain; it could be of the same roots as Vera. The name was borne by the 3rd century Saint Verena, who lived in the Theban region in Egypt.

Verena is a variant form of Vera in the English language.

Verena is infrequently used as a baby name for girls. It is not ranked within the top 1000 names. In 2018, among the group of girl names directly linked to Verena, Vera was the most regularly used. 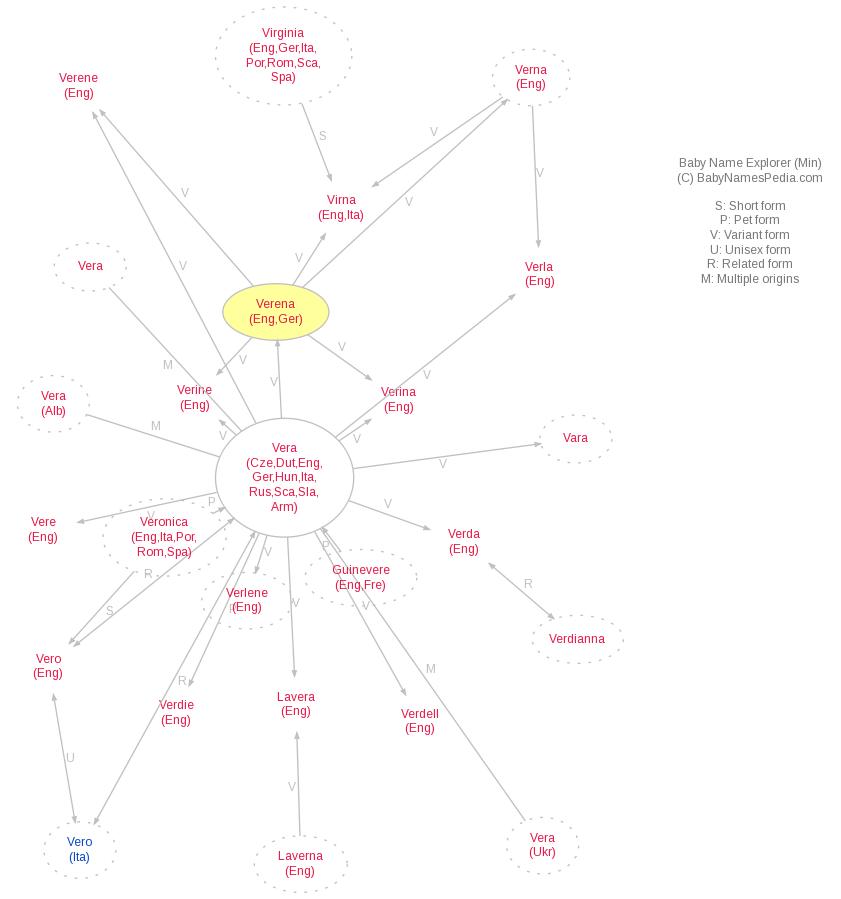