What does Verna mean?

[ 2 syll. ver-na, ve-rna ] The baby girl name Verna is pronounced as VERNAH †. Verna's language of origin is Latin and it is predominantly used in the English language. The name means 'spring green'.

In addition, Verna is an English form of the English and German Verena.

See also the related form, the English and Irish Vernon.

Verna is an unusual baby girl name. Its usage peaked modestly in 1906 with 0.170% of baby girls being given the name Verna. It had a ranking of #117 then. The baby name has steeply declined in popularity since then, and is of only irregular use now. Among all girl names in its family, Verna was nonetheless the most frequently used in 2018. The name Verna has been mainly given to girls, although it has also been used as a boy name in the last century. There were 26 times more girls than boys who were named Verna in 1902. 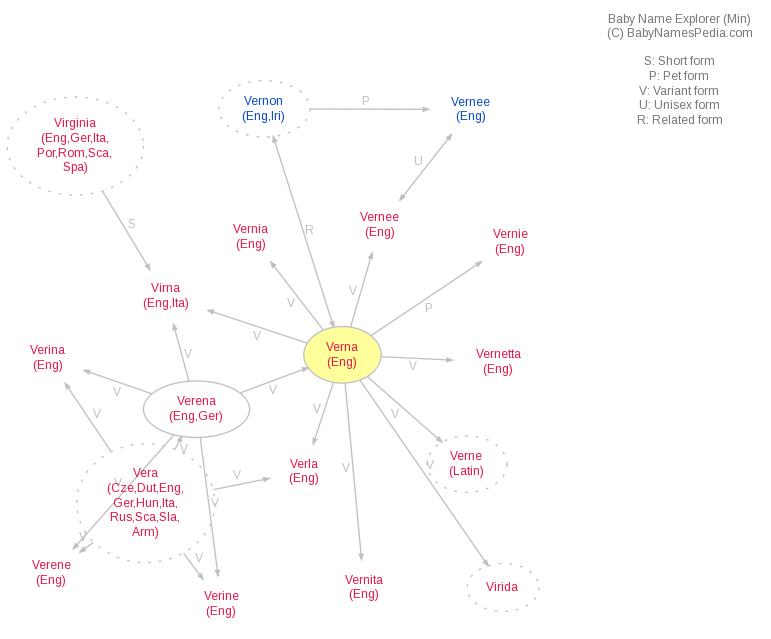