What does Verrall mean?

[ 2 syll. ver-ral(l), ve-rra-ll ] The baby boy name Verrall is pronounced VEHRAHL †. Verrall's language of origin is French. Verrall is a variation of Verrill.

Verrall is an uncommon baby boy name. It is not listed within the top 1000. 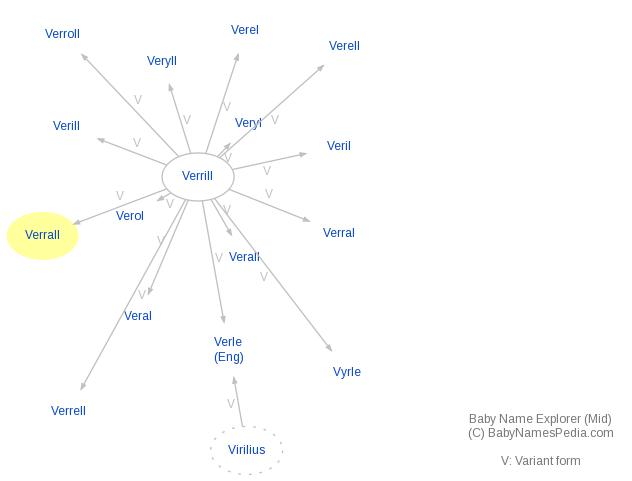