What does Vesta mean?

[ 2 syll. ves-ta, ve-sta ] The baby girl name Vesta is pronounced in English as VEHS-Tah †. Vesta is of Latin origin and it is used mainly in the English language. The meaning of the name is 'hearth'. Vesta could have been a Latin cognate of the name Hestia. It was borne in Roman mythology by the goddess of the hearth and the home; her Greek equivalent was the goddess Hestia. In the Temple of Vesta, the Vestal Virgins tended a sacred and perpetual fire. In astronomy, Vesta is the third largest asteroid of the solar system.

Vesta is unusual as a baby girl name. Its usage peaked modestly in 1902 with 0.039% of baby girls being given the name Vesta. It was #303 in rank then. The baby name has markedly fallen in popularity since then, and is of only infrequent use now. Among all girl names in its family, Vesta was nonetheless the most commonly used in 2018. 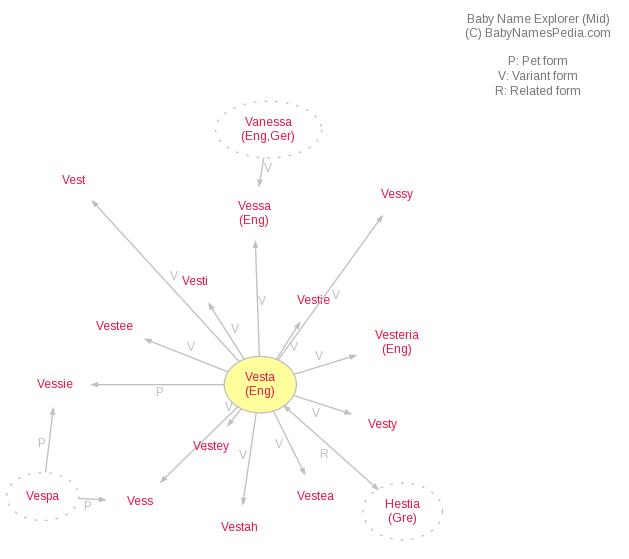