What does Victory mean?

[ 3 syll. vic-to-ry, vi-ct-ory ] The baby girl name Victory is pronounced VIHKTeriy †. Victory's origin and use are both in the English language. Its meaning is derived literally from the vocabulary word victory.

Forms of Victory include the names Victoire, Victorie, Victorine, and Viktorie.

Another variant of the name is the contracted form Vic.

Victory is rare as a baby girl name. At the modest peak of its usage in 1918, 0.006% of baby girls were named Victory. It was #814 in rank then. The baby name has experienced a drop in popularity since then, and is used only on an infrequent scale now. In 2018, out of the family of girl names directly related to Victory, Victoria was the most popular. 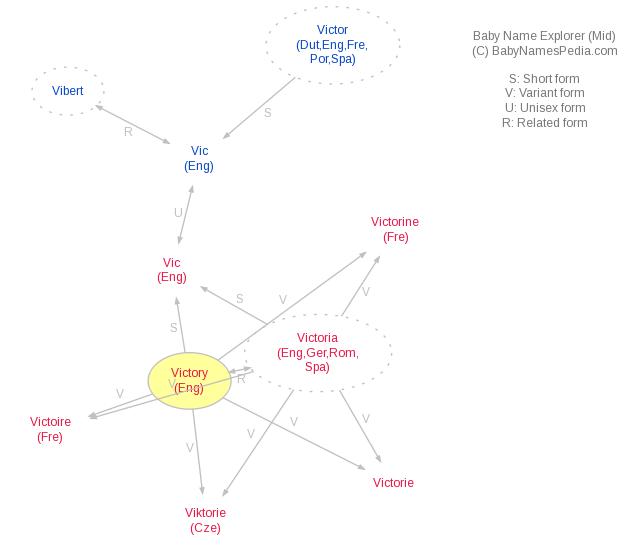