What does Viggo mean?

[ 2 syll. vig-go, vi-ggo ] The baby boy name Viggo is pronounced Viy-Gow †. Viggo's origin, as well as its use, is in the Scandinavian language. The name evolved from Vigge (Old Danish), itself a short form of other names containing the element vig (meaning 'fight, war').

Variations of Viggo include Vego, Vig, and Vigo.

Viggo is not popular as a baby boy name. It is not listed within the top 1000. 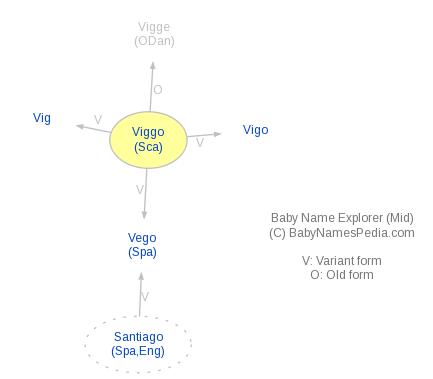