What does Vince mean?

[ 1 syll. vin-ce, vi-nce ] The baby boy name Vince is pronounced as VIHNS (English) †. Vince is used chiefly in the English and Hungarian languages, and its origin is Latin and Old English.

Vince is a contraction of the name Vincent (Dutch, English, French, and Scandinavian) in the English and Hungarian languages.

Vince is also a variant of the name Vinson (English).

Vince is rare as a baby name for boys. At the modest peak of its usage in 1963, 0.029% of baby boys were given the name Vince. It ranked at #324 then. The baby name has since fallen out of favor, and is today of very light use. Out of the group of boy names directly linked to Vince, Vincent was the most frequently used in 2018. 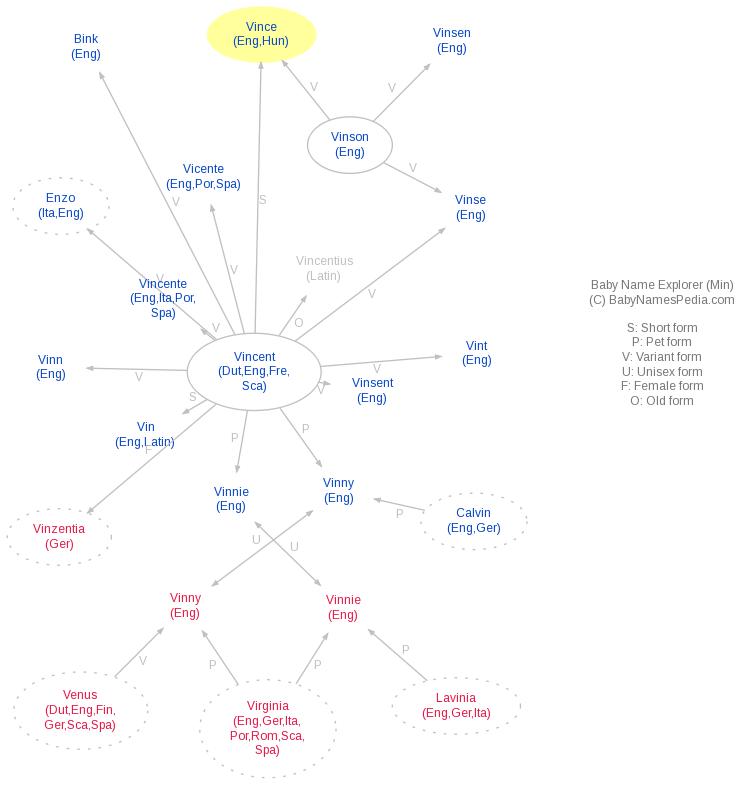