What does Violet mean?

[ 2 syll. vio-let, vi-ol-et ] The baby girl name Violet is pronounced as VAYLehT †. Violet is mainly used in English, and its language of origin is Latin and English. English origin: Its meaning is literally from the vocabulary word 'violet'. The first name is derived from the name of the flower, which is itself from the Old French 'violette', which is from the Latin 'violetta', a diminutive of 'viola'. In the medieval period, the name was sometimes adopted by English speakers as Violante. During the vogue for flower names in the 19th century, it was one of the earliest names to be adopted, becoming widely used among English speakers by the middle of the century. It was used by Verdi as the name of the heroine in his opera La Traviata (1853).

In addition, Violet is a diminutive form of the English, German, Italian, and Scandinavian name Viola in the English language.

Violet is very popular as a baby name for girls, and it is also regarded as trendy. At the modest peak of its usage in 1919, 0.306% of baby girls were named Violet. It ranked at #74 then. The baby name has since suffered a substantial fall in frequency. In 2018, its usage was 0.260% and its ranking #43, experiencing a small resurgence in the recent decade. Out of all girl names in its group, Violet was the most popular. In 2018, 18 times more girls were named Violet than the next ranked name, Violeta. 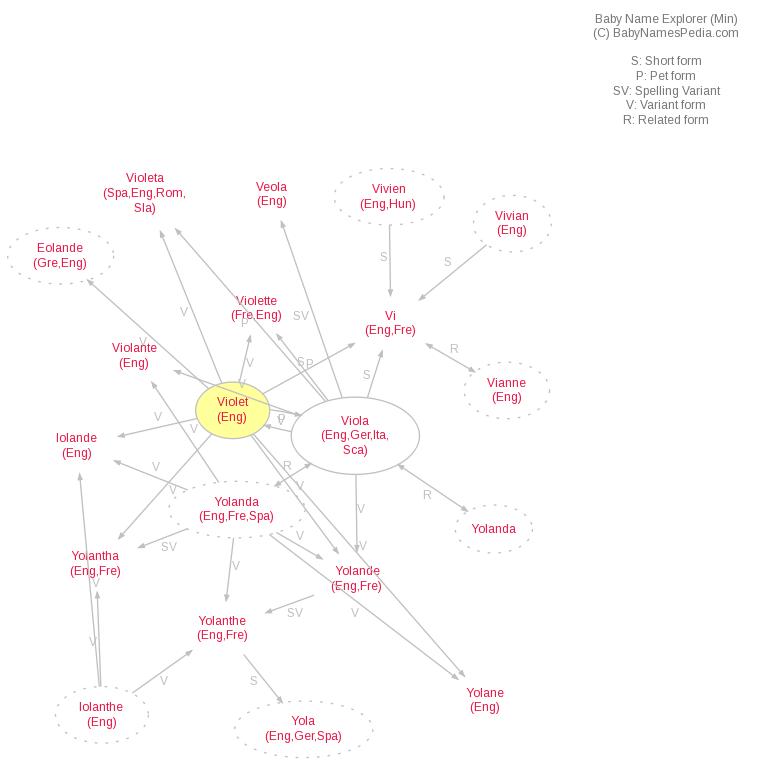