What does Violeta mean?

[ 4 syll. vio-le-ta, vi-ol-eta ] The baby girl name Violeta is pronounced as VayowLEHT-aa- †. Violeta is mainly used in Spanish, English, Romanian, and Slavic. It is of Latin and English origin.

Violeta is a diminutive of the English, German, Italian, and Scandinavian name Viola in the Spanish language.

Violeta is also a variant form of the English name Violet in the English, Romanian, Slavic, and Spanish languages.

Violeta is somewhat popular as a baby girl name. The name has been growing in popularity since the 2010s. Its usage peaked modestly in 2018 with 0.015% of baby girls being named Violeta. It had a ranking of #965 then. In 2018, among the family of girl names directly related to Violeta, Violet was the most commonly used. It was more frequently used than Violeta by 18 times in that year. 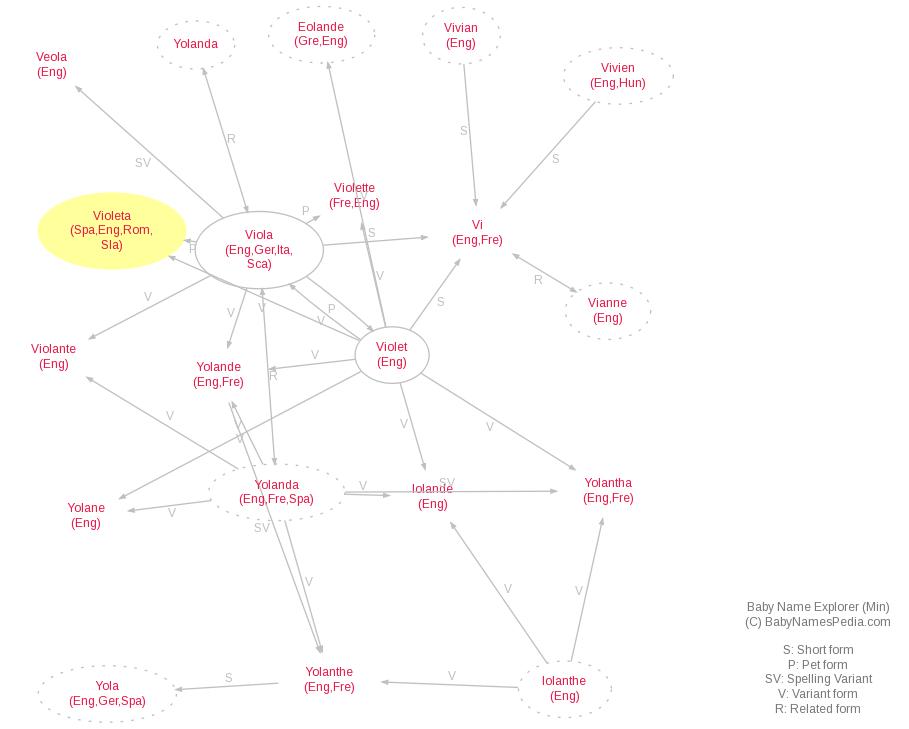