What does Viv mean?

[ 1 syll. viv, vi-v ] The baby girl name Viv is also used as a boy name, though it is far more popular for girls. It is pronounced VihV †. Viv is of Latin and Celtic origin. It is used mainly in English.

Viv is a shortening of the Latin, English, and Hungarian Viva.

Viv is also a shortening of the English Vivian.

Viv is also a shortening (English) of the English and Hungarian Vivien.

Viv is not popular as a baby girl name. It is not in the top 1000 names. Out of the family of girl names directly related to Viv, Vivian was the most regularly used in 2018. 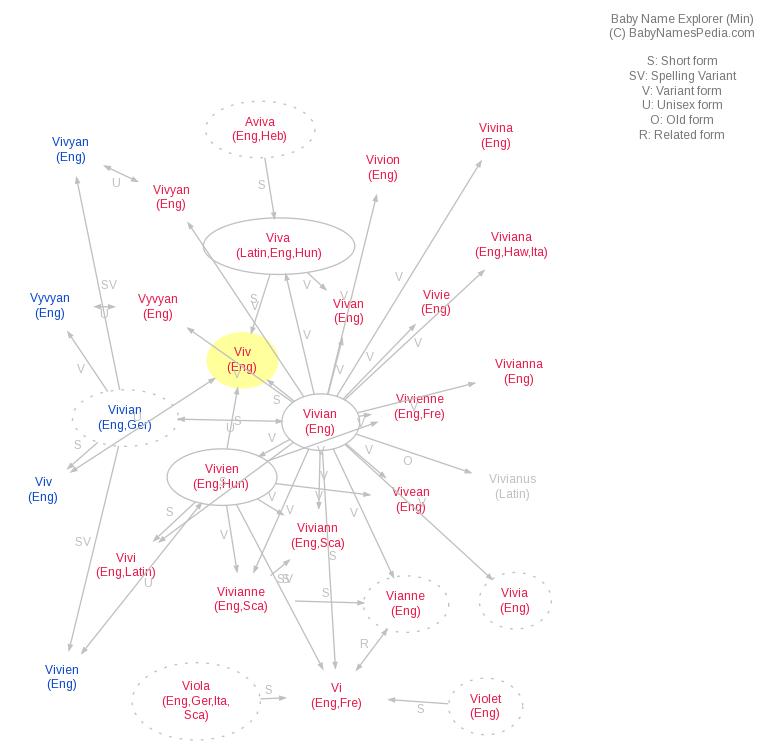