What does Vivian mean?

[ 3 syll. vi-vian, viv-i-an ] The baby girl name Vivian is also used as a boy name, though it is far more popular for girls. It is pronounced VIHV-iy-ahN †. Vivian has its origins in the Latin language and it is used largely in English. It is derived from the word vivus with the meaning 'alive, lively'. An old form of the name is Vivianus (Latin). See Vivian for more information.

What are the Variant Forms of Vivian?

Vivian is popular as a baby girl name, and it is also perceived as rather trendy. At the peak of its usage in 1920, 0.332% of baby girls were named Vivian. It had a ranking of #64 then. The baby name has suffered a substantial decline in frequency since then. In 2018, it ranked at #96 with a usage of 0.160%, having regained its popularity somewhat in the recent decade. Out of all girl names in its family, Vivian was the most popular. Vivian was twice as popular as the 2nd most popular name, Vivienne, in 2018. Vivian has mainly been a baby girl name in the last century. There were 51 times more baby girls than boys who were named Vivian in 1933. 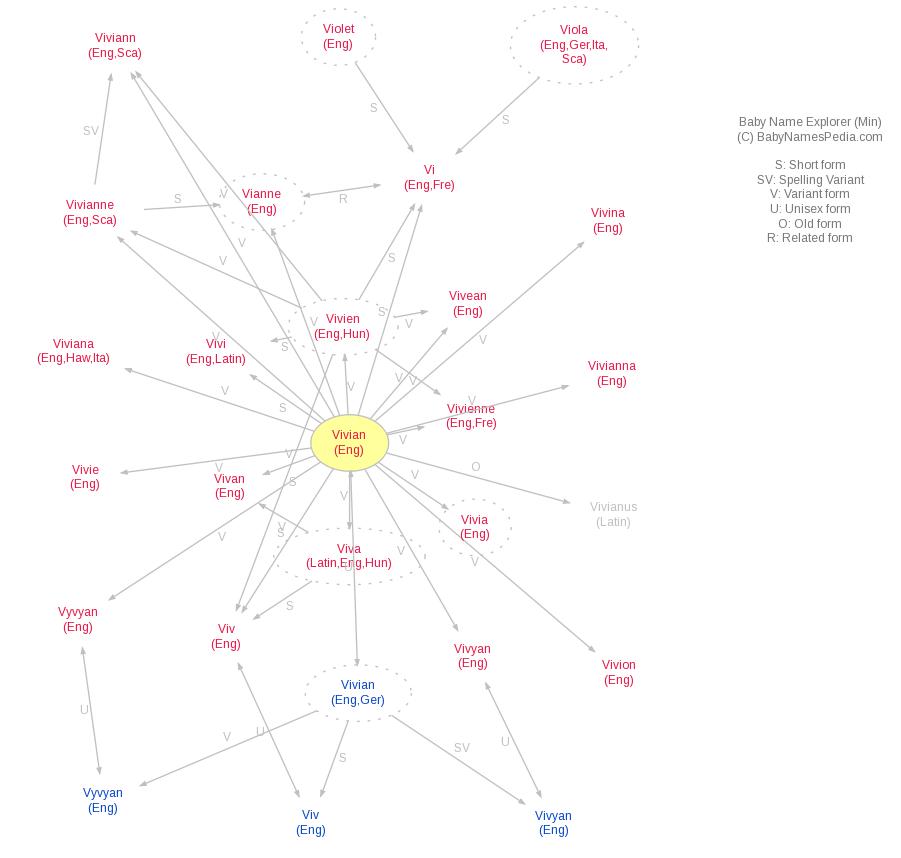