What does Vivian mean?

[ 3 syll. vi-vian, viv-i-an ] The baby boy name Vivian is also used as a girl name, with the latter form being much more common. It is pronounced as VIHV-iy-ahN †. Vivian is largely used in the English and German languages, and its origin is Latin. The name is derived via Old French from Vivianus (Latin), which is possibly from the Latin 'vivus' (meaning alive, lively). The name was borne by the 5th century Saint Vivianus; the bishop of Saintes in France who protected his people during the Visigoth invasion. The name was not encountered much until the Normans brought it into England at the time of the conquest. The first name was adopted by English speakers in the 12th century, and it was initially a masculine name.

Other forms of Vivian include the contraction Viv (English), and the variant spellings Vivien (English) and Vivyan (English).

Vivian is unusual as a baby name for boys. Its usage peaked in 1904 with 0.014% of baby boys being given the name Vivian. It ranked at #513 then. The baby name has since substantially declined in popularity, and is now of very modest use. Among all boy names in its group, Vivian was nonetheless the most widely used in 2018. Vivian has mostly been a girl name in the past century. In 1933, the name Vivian was given to 51 times as many girls than boys. 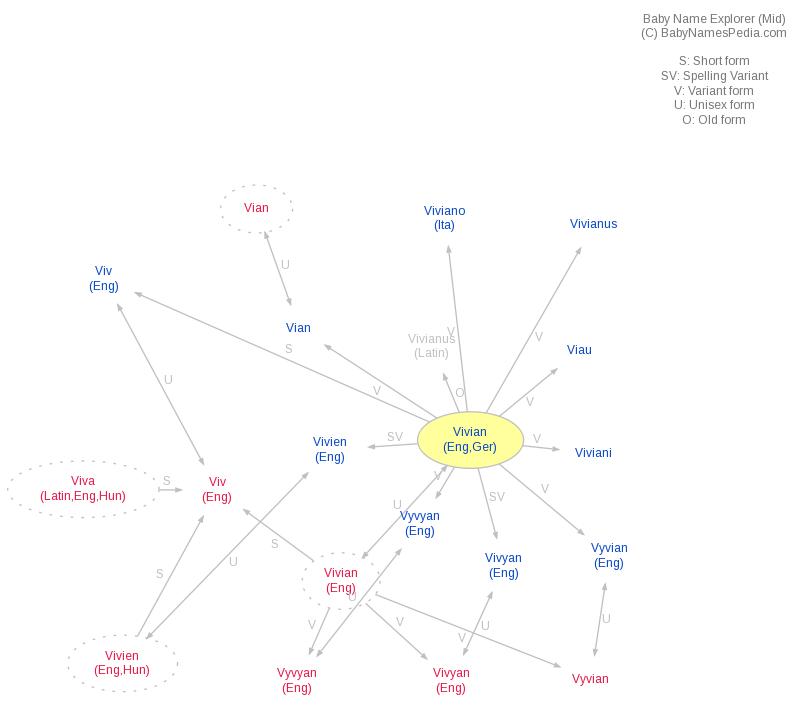