[ syll. vi-vian(n), viv-ia-nn ] The baby girl name Viviann has its origins in the Latin and Celtic languages. It is predominantly used in the English and Scandinavian languages.

Viviann is a variant spelling of Vivianne (English and Scandinavian) and a variant of Vivian (English).

Viviann is a rare baby girl name. It is not listed in the top 1000. In 2018, within the family of girl names directly linked to Viviann, Vivian was the most widely used. 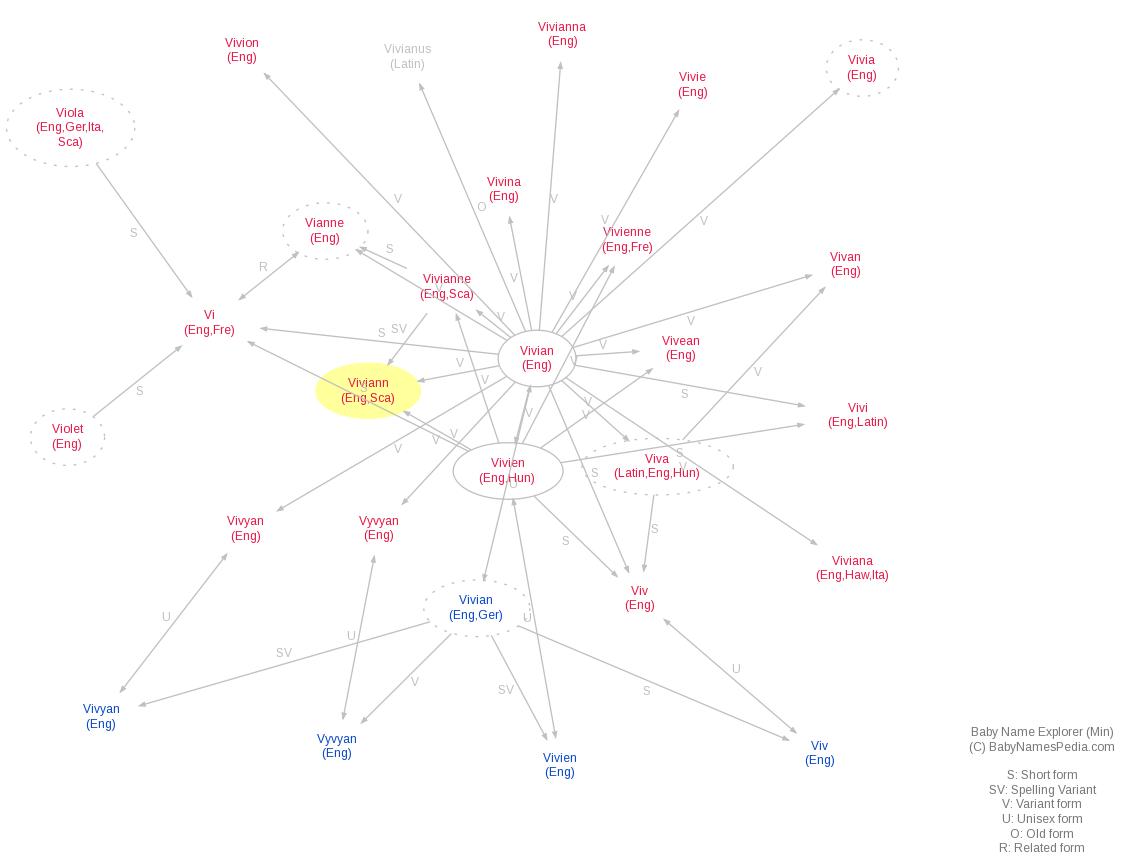