What does Vivien mean?

[ 3 syll. vi-vien, viv-i-en ] The baby girl name Vivien is also used as a boy name, though it is far more popular for girls. It is pronounced VIY-Viy-ehN †. Vivien has its origins in the Latin and Celtic languages. It is used largely in English and Hungarian. The name was borne in Arthurian legend by Vivien, the Lady of the Lake. The name was popularized by Lord Tennyson in the poetic cycle Idylls of the King (1856-1885), who split the character into two, with Vivien as the villain who traps Merlin and the Lady of the Lake as a kind figure who fosters Lancelot and gives Arthur his sword Excalibur.

In addition, Vivien is a form of the English Vivian in the English and Hungarian languages.

The shortenings Vi (English), Viv (English), and Vivi (English and Latin) are other forms of Vivien.

Vivien is uncommon as a baby girl name. At the modest height of its usage in 1911, 0.015% of baby girls were named Vivien. It had a ranking of #514 then. The baby name has seen a substantial decline in frequency since then, and is of only sporadic use today. In 2018, within the family of girl names directly related to Vivien, Vivian was the most frequently used. Vivien has mainly been a baby girl name in the last century. 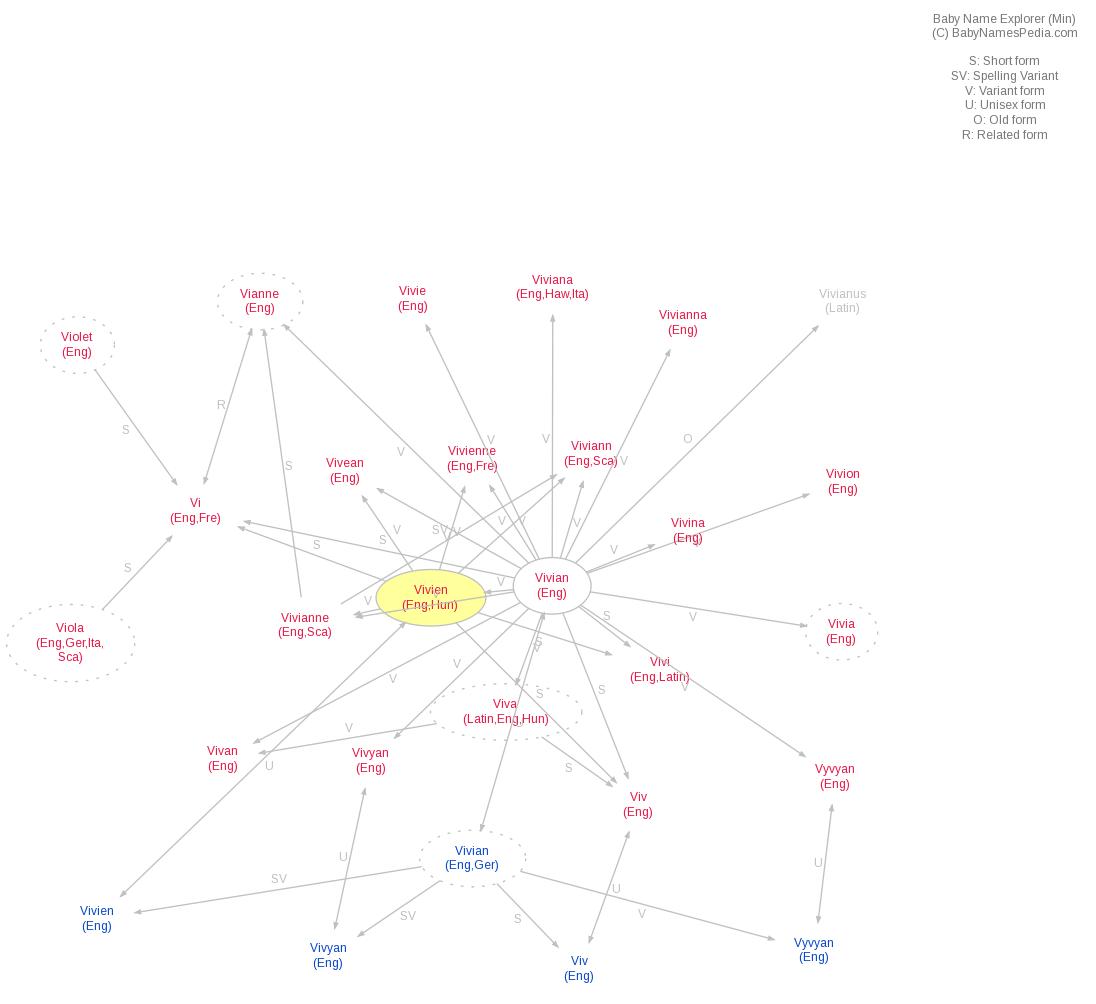