What does Vivienne mean?

[ 3 syll. vi-vien-ne, viv-ie-nne ] The baby girl name Vivienne is pronounced Viy-Viy-EHN or VIY-Viy-ehN †. Vivienne has its origins in the Latin and Celtic languages, and it is used largely in English and French.

Vivienne is popular as a baby name for girls, and it is also regarded as rather trendy. The name has been increasing in popularity since the 2000s. At the recent height of its usage in 2015, 0.073% of baby girls were named Vivienne. Its ranking then was #233. In 2018, it ranked at #268 with a usage of 0.066%. Within the group of girl names directly related to Vivienne, Vivian was the most widely used. The name was twice as popular as Vivienne in 2018. 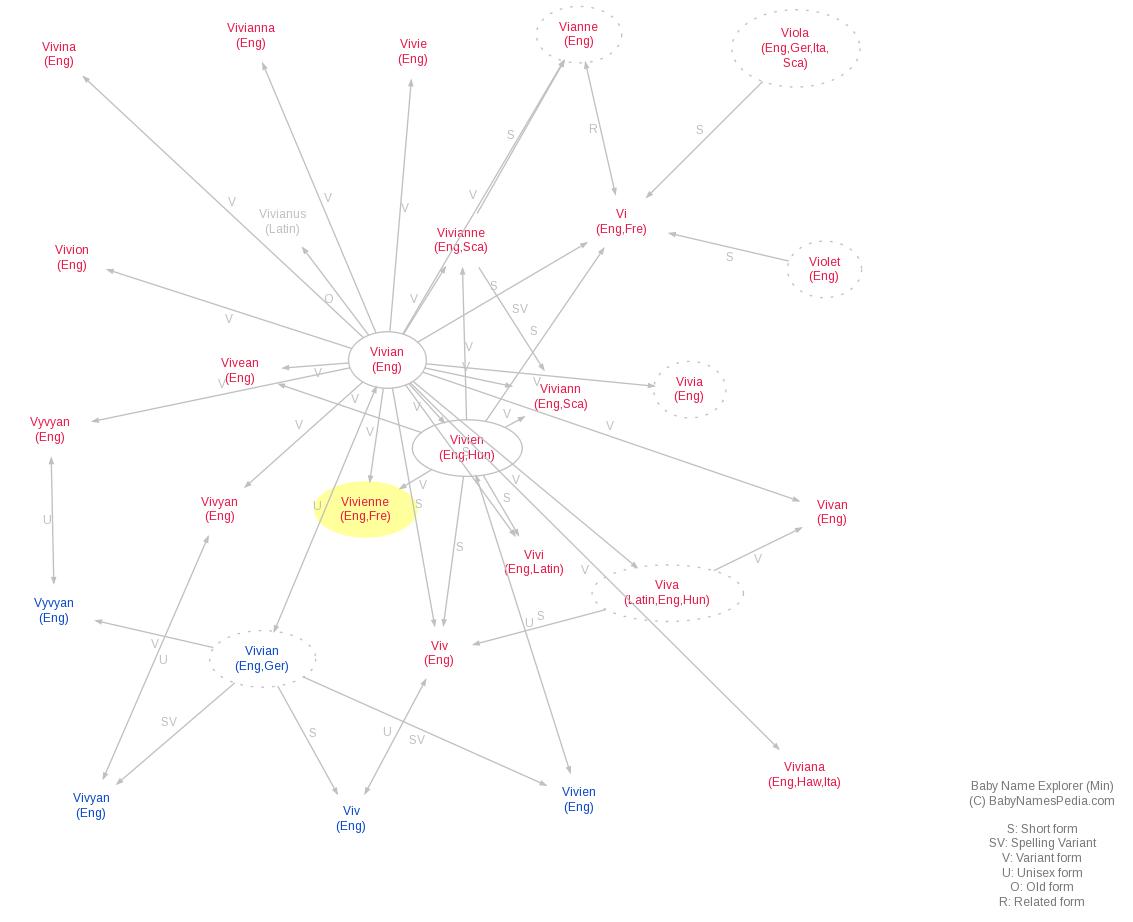