What does Wade mean?

[ 1 syll. wa-de, wad-e ] The baby boy name Wade is sometimes used as a girl name. Its pronunciation is Wey-D †. Wade is used chiefly in the English language and it is derived from Old English origins. The name's meaning is ford, dweller by the ford. The first name is from an Old English surname, which is either from the element 'wade', or else from a medieval name from the element 'wadan'. The latter was the name of a fierce sea giant feared by the North Sea coastal tribes in medieval legend.

Wade is a classic favorite. At present it is still fairly popular as a baby name for boys, though not to the extent it was previously, and it is also viewed as trendy. At the modest height of its usage in 1966, 0.075% of baby boys were given the name Wade. It ranked at #183 then. The baby name has since experienced a loss in popularity. In 2018, its usage was 0.047% and its ranking #361, somewhat regaining its popularity in the recent decade. Within all boy names in its group, Wade was the most widely used. Wade has mostly been a baby boy name in the past century. 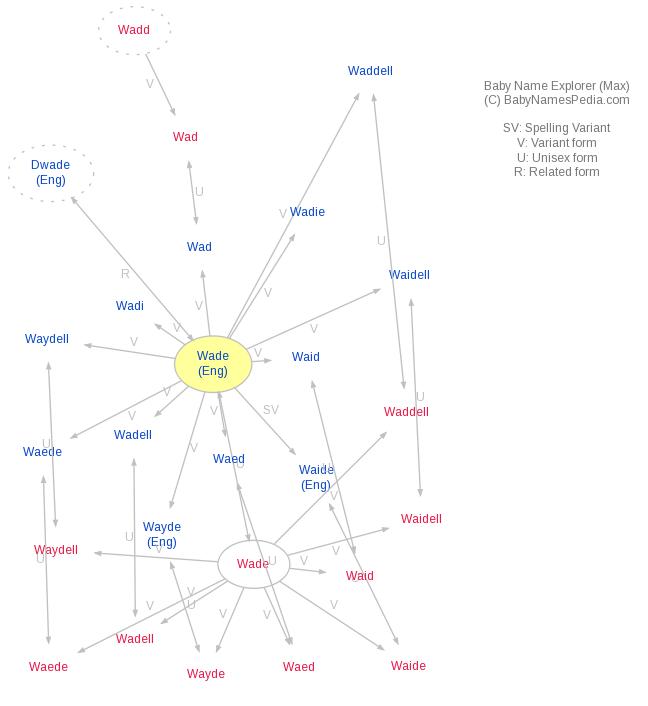