What does Waldo mean?

[ 2 syll. wal-do, wa-ldo ] The baby boy name Waldo is pronounced in English as WAOL-Dow †. Waldo is of Germanic origin, and it is used largely in the English, German, and Italian languages.

Waldo is a diminutive form of Oswald (English, French, and German) in the English and German languages.

Waldo is also a contraction of Waldemar (Dutch, German, Scandinavian, and Lithuanian) in the English, German, and Italian languages.

Waldo is unusual as a baby name for boys. Its usage peaked modestly in 1913 with 0.022% of baby boys being given the name Waldo. It ranked at #401 then. The baby name has since substantially declined in popularity, and is of only sporadic use today. Among all boy names in its group, Waldo was nonetheless the most widely used in 2018. 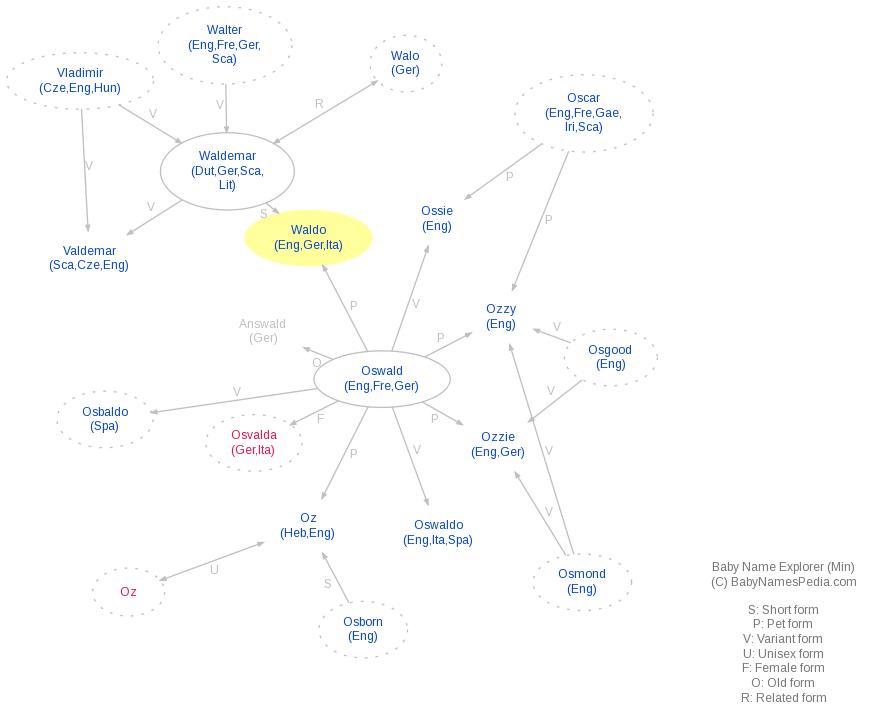