What does Wallis mean?

[ 2 syll. wal-lis, wa-ll-is ] The baby girl name Wallis is also used as a boy name. It is pronounced WAHL-ihS- †. Wallis is of Old French origin and it is used mainly in English. The meaning of Wallis is 'Welshman'. The first name was borne by Wallis Simpson (1895-1986), the American wife of Edward VIII; the latter was abdicated as king and became Duke of Windsor so that he could marry the twice-divorced American socialite. See Wallis for more information.

Wallis is not commonly used as a baby girl name. It is not in the top 1000 names. 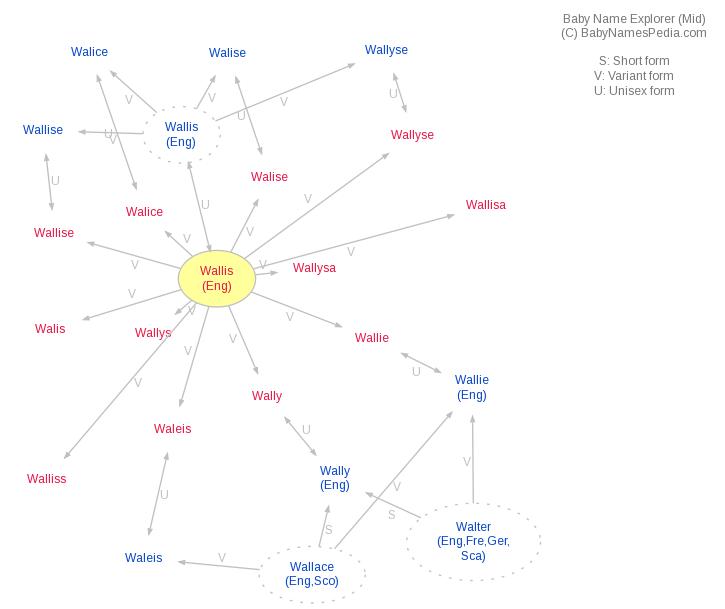