What does Walsh mean?

[ 1 syll. wal-(s)(h), wa-l-sh ] The baby boy name Walsh is pronounced as WahL-SH †. Walsh is an English name of Old French origin. It represents the transferred use of the surname as a given name.

In addition, Walsh is an English form of the English and Scottish name Wallace.

Variant forms inherit the origin and meaning of the name Walsh.

Another form of the name is the diminutive Walls.

Walsh is not popular as a baby boy name. It is not in the top 1000 names. Out of the family of boy names directly related to Walsh, Wells was the most commonly used in 2018. 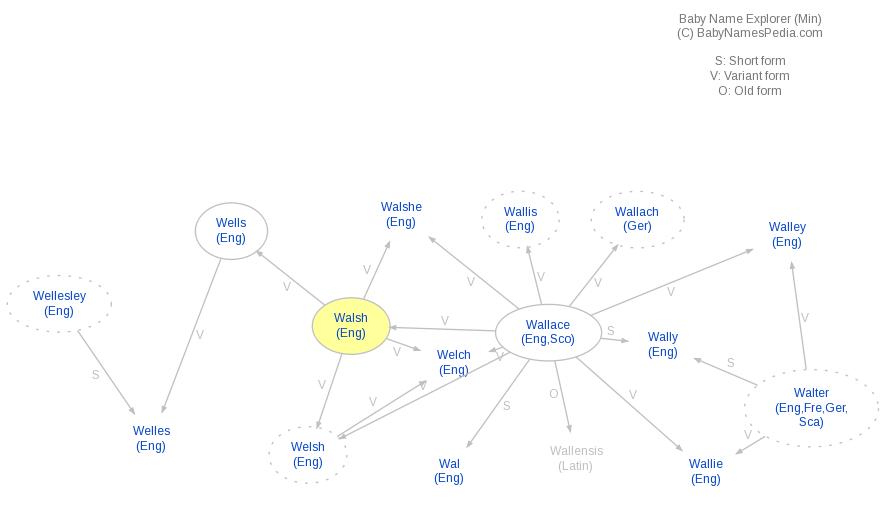