What does Walt mean?

[ 1 syll. wal(t), wa-lt ] The baby boy name Walt is pronounced as WaoLT †. Walt's language of origin is Germanic and Old English. It is predominantly used in the English language.

Walt is a contraction of the English, French, German, and Scandinavian Walter in the English language.

Walt is also a contraction of the English Walton.

Walt is an unusual baby boy name. Its usage peaked modestly in 1958 with 0.004% of baby boys being given the name Walt. It was #844 in rank then. The baby name has declined in popularity since then, and is used on a very light scale today. In 2018, among the family of boy names directly linked to Walt, Walter was the most popular. 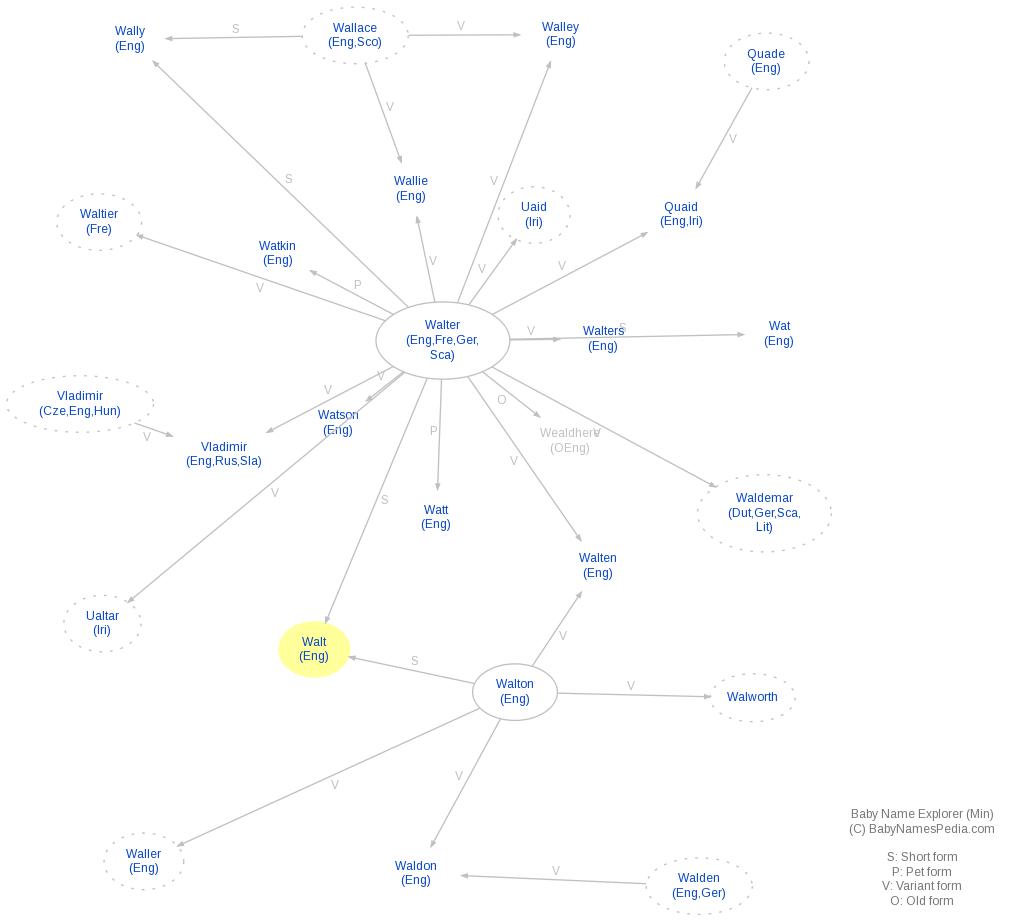