What does Wanda mean?

[ 2 syll. wan-da, wa-nda ] The baby girl name Wanda is also used as a boy name, though it is far more popular for girls. It is pronounced in English as WAAN-Dah or in Polish as VAAN-Daa †. Wanda is of Germanic origin. It is used mainly in English, German, and Polish. It is derived from the word wend which is of the meaning 'Wends, Vandals'. The name is of disputed origin; it is probably associated with the Wends, a Slavonic tribal name in the medieval period, or else from the Old German for 'family'. It could also be of Polish origin, known from Princess Wanda, the legendary daughter of King Krak who became queen of the Poles in the 8th century; her story was first described by the Polish bishop and historian Wincenty Kadlubek (1161-1223). The name was first adopted by English speakers in the 19th century, promoted by its appearance as the name of the heroine in the popular novel Wanda (1883) by the English novelist Ouida.

Wanda is unusual as a baby girl name. Its usage peaked modestly in 1933 with 0.407% of baby girls being named Wanda. It was #48 in rank then. The baby name has fallen out of favor since then, and is of only irregular use now. Among the family of girl names directly related to Wanda, Wendy was the most commonly used in 2018. Wanda has in the last century been primarily given to baby girls. 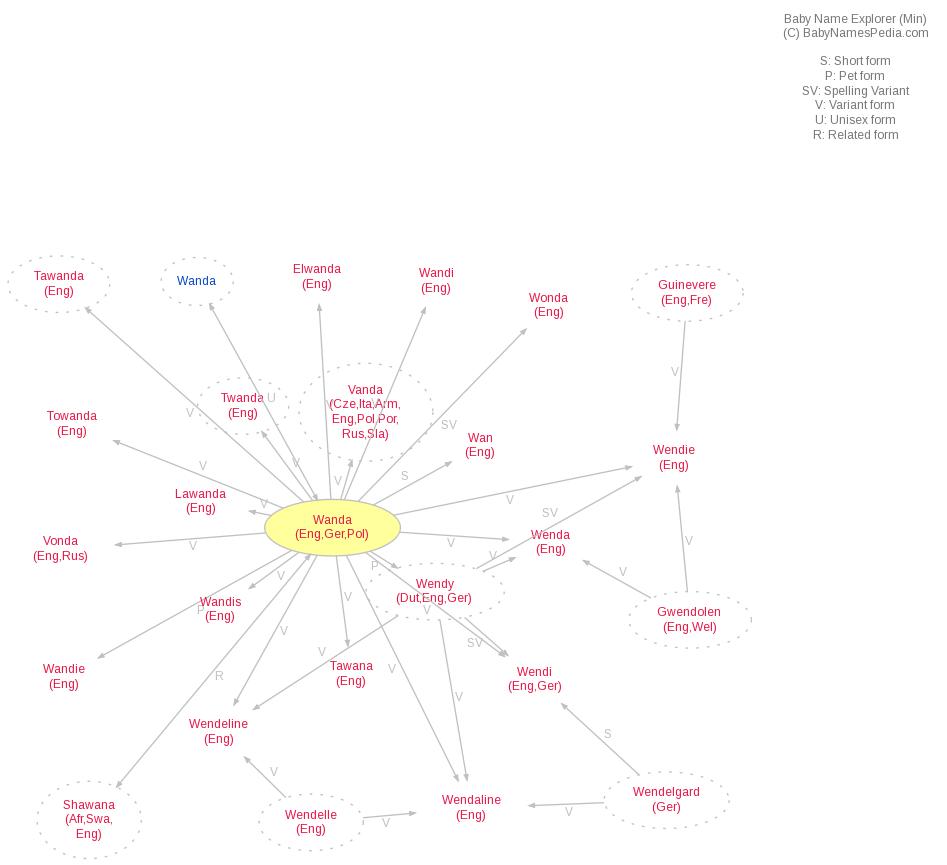