What does Ward mean?

[ syll. war(d), wa-rd ] The baby boy name Ward is pronounced W-RD †. Ward is of Old Norse and Old English origin. It is used mainly in English. From Old English roots, its meaning is 'a guardian, watchman'.

In addition, Ward is a diminutive of Howard (English).

Ward is also a variant of Winward (English).

Warde (spelling variant in English) is another form of the name.

Ward is rare as a baby boy name. At the modest peak of its usage in 1902, 0.035% of baby boys were named Ward. It had a ranking of #281 then. The baby name has suffered a marked drop in popularity since then, and is of only irregular use today. Out of the family of boy names directly related to Ward, Howard was the most commonly used in 2018. 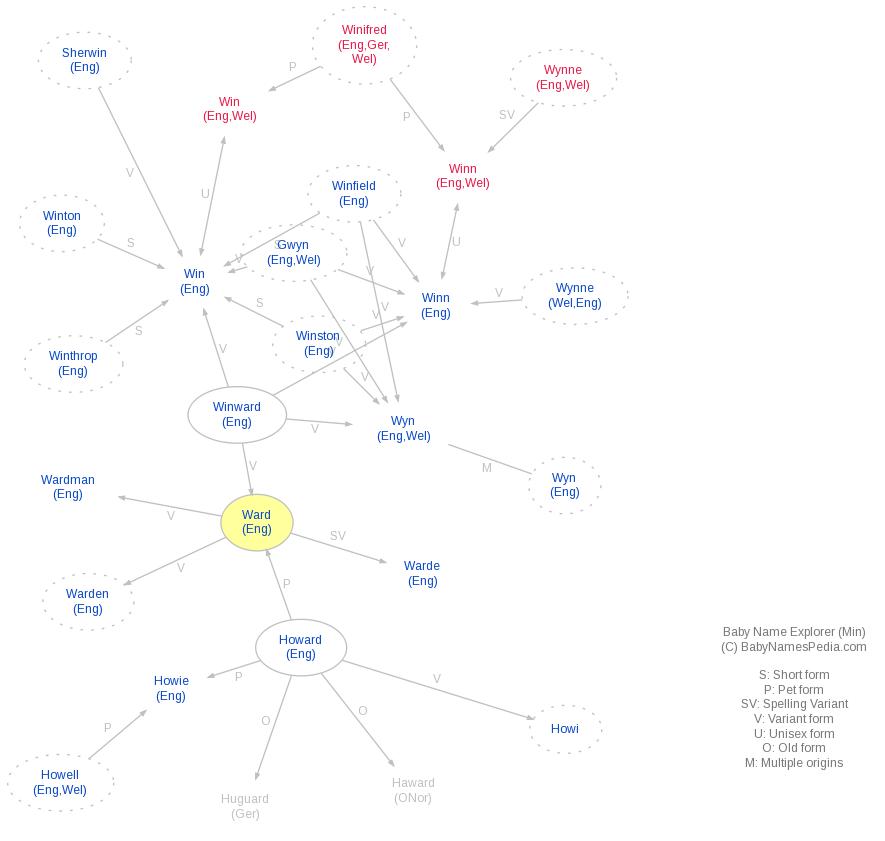