What does Wayne mean?

[ 1 syll. way-ne, wa-yne ] The baby boy name Wayne is pronounced as WeyN- †. Wayne is an English name of Old English origin. The name Wayne means cart maker, carter. It is derived from the word 'waegen' with the meaning cart, wagon. The name was borne by Anthony Wayne (1745-1796), a general in the American Revolutionary War. The name was later popularized by the famed actor John Wayne (Marion Michael Morrison, 1907-1979), who adopted his screen name in tribute to the general.

Wayne has 14 variant forms that are used in English and other languages. English variant forms of Wayne include Guwayne, Lewayne, Vain, Waen, Waene, Wain, Wane, Wanye, Wayn, Waynne, and Whayne. Another English form is the spelling variant Waine. Variant forms used in other languages include the Finnish Vaino and the Hawaiian Wene.

Wayne is a classic favorite. At present it is still somewhat popular as a baby boy name, but not to the degree it was previously. At the height of its usage in 1947, 0.547% of baby boys were named Wayne. It had a ranking of #30 then. The baby name has seen a marked fall in frequency since then, and it is of modest use in recent times. In 2018, its usage was only 0.015% and its ranking #773, but it was nevertheless the most widely used within all boy names in its family. 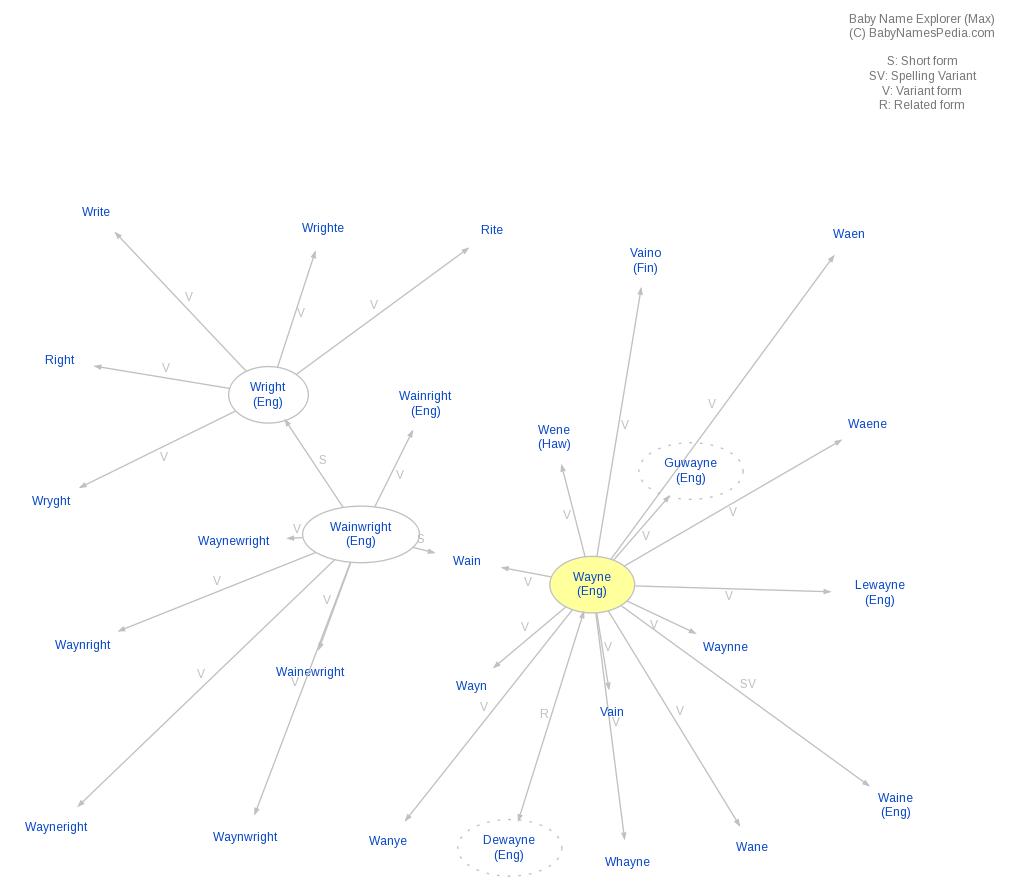