What does Welton mean?

[ 2 syll. wel-ton, we-lt-on ] The baby boy name Welton is pronounced WEHLTAHN †. Welton has its origins in the English language. Welton is of the meaning 'town near the well'.

Welton is uncommon as a baby name for boys. At the modest height of its usage in 1904, 0.006% of baby boys were named Welton. Its ranking then was #873. The baby name has since experienced a decline in frequency, and is currently of only sporadic use. Within all boy names in its group, Welton was nevertheless the most frequently used in 2018. 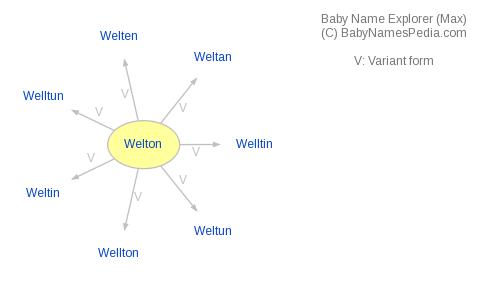