What does Wenceslas mean?

[ 3 syll. wen-ce-slas, we-ncesl-as ] The baby boy name Wenceslas is pronounced as WEHN-SahS-LaoS in English †. Wenceslas is largely used in the English language and its origin is Slavonic. The name's meaning is greater glory. A two-element biblical name, it is derived from the elements 'ventie' meaning more, greater ; 'slav' fame, glory, Slav. Venceslav (Old Slavic) is an older form of Wenceslas. The name was borne by Saint Wenceslas (907-935), duke and patron of Bohemia; he is best known among English-speakers from the Christmas carol "Good King Wenceslas". The name was later borne by four kings of Bohemia. The name Venceslava (Czech) is the female equivalent of Wenceslas.

Wenceslas is infrequently used as a baby name for boys. It is listed outside of the top 1000 names. 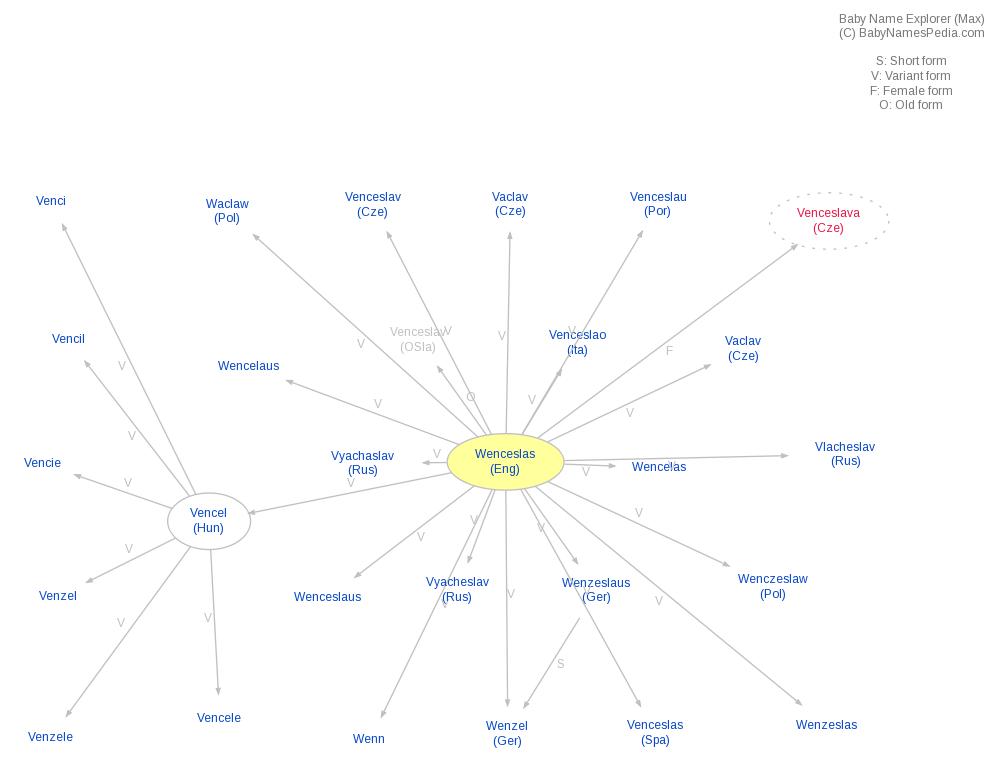