What does Whitley mean?

[ 2 syll. w-hi-tley, wh-itl-ey ] The baby girl name Whitley is pronounced WIHTLiy- †. Whitley is of Old English origin and it is used mainly in English. The name Whitley means 'white meadow'. It is derived from hwit meaning 'white' ; leah 'wood, clearing, meadow'. The first name is from the surname, which is itself of an Old English place name.

Whitley is an all-time favorite. At present it is still somewhat popular as a baby girl name, but not as much as it was previously. At the modest height of its usage in 1988, 0.026% of baby girls were named Whitley. It had a ranking of #446 then. The baby name has markedly dropped in popularity since then, and is in recent times of only irregular use. In 2018, it ranked at #997 with a usage of 0.014%, but it was nevertheless the most popular within all girl names in its family. 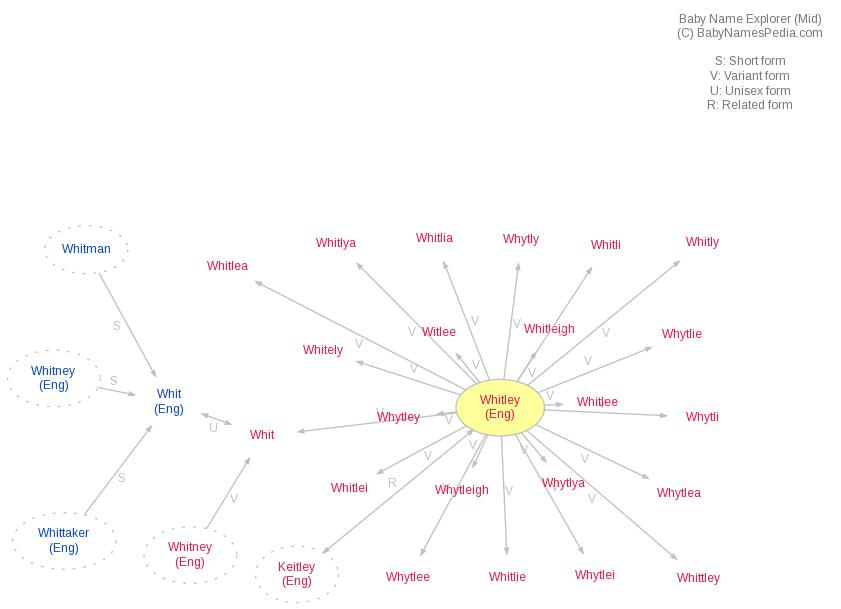