What does Whittaker mean?

[ 3 syll. w-hit-ta-ker, wh-ittak-er ] The baby boy name Whittaker is pronounced as WIHT-ahK-er †. Whittaker is mainly used in English and it is of Old English origin. Whittaker's meaning is wheat farm.

Another variant of the name is the English contracted form Whit.

Whittaker is not widely used as a baby name for boys. It is not in the top 1000 names. 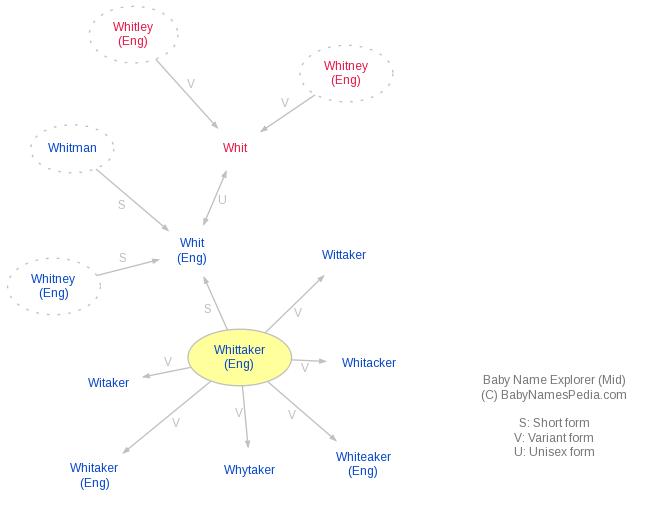