What does Wilhelmina mean?

[ 4 syll. wi-(l)hel-mi-na, wil-helm-ina ] The baby girl name Wilhelmina is pronounced Viy-LHHehLMIY-Naa or WihL-eh-MIY-Naa †. Wilhelmina's origin is Germanic, and its use, Dutch, English, German, and Polish. It is a two-element name from wil and helm with the meanings 'will, desire' and 'helmet, protection' respectively. The name is derived as a feminine form of Wilhelm with the Latinate suffix '-ina'. The name was introduced from Germany to English speakers in the 19th century, and is today mostly used in Scotland, Canada, and the USA. Wilhelmina is the feminine version of the English and French William.

What are the Variant Forms of Wilhelmina?

Wilhelmina is uncommon as a baby girl name. At the modest height of its usage in 1901, 0.043% of baby girls were named Wilhelmina. It had a ranking of #289 then. The baby name has seen a marked decline in frequency since then, and is currently of only irregular use. Within the family of girl names directly related to Wilhelmina, Willa was the most widely used in 2018. 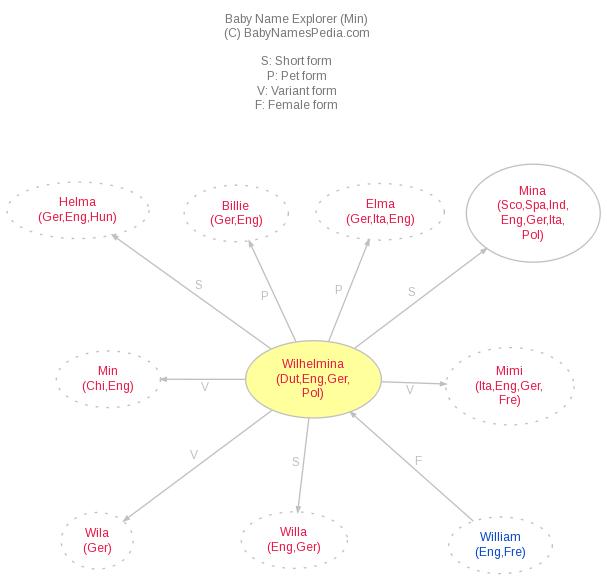