What does Wilmer mean?

[ 2 syll. wi-(l)mer, wil-m-er ] The baby boy name Wilmer is pronounced as WIHLMehR †. Wilmer is used chiefly in the English and Scandinavian languages, and its origin is Germanic. A two-element name, it is derived from the elements 'wil' meaning will, desire ; 'meri' great, famous. The name is obscure origin; it could also have evolved as the masculine form of Wilma.

Wilmer is an uncommon baby name for boys. At the modest height of its usage in 1920, 0.040% of baby boys were given the name Wilmer. Its ranking then was #259. The baby name has since steeply declined in popularity, and is today of sporadic use. In 2018, within the group of boy names directly linked to Wilmer, Will was the most regularly used. 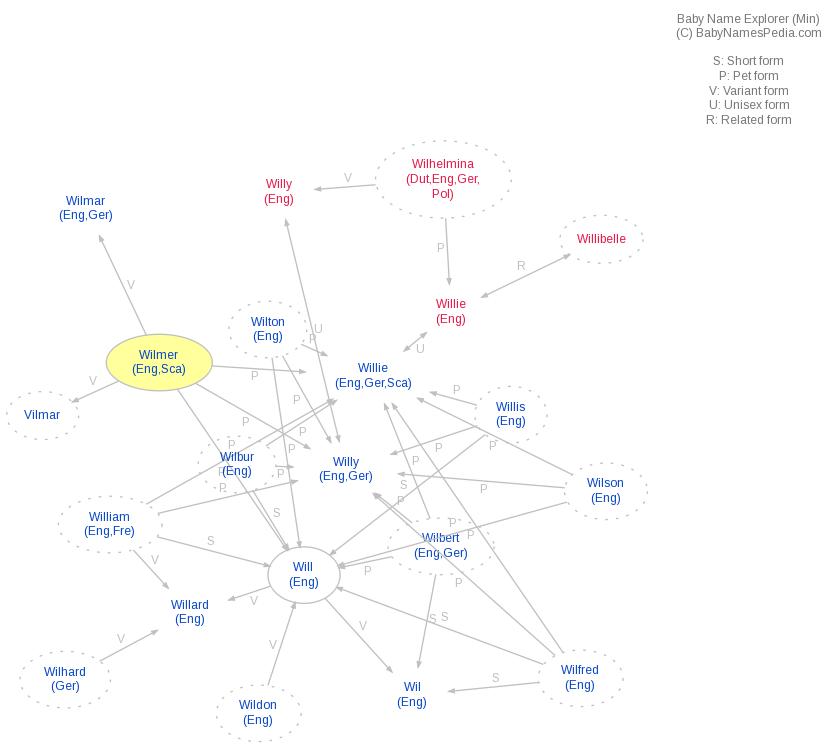