What does Winfred mean?

[ 2 syll. wi-(n)fred, win-fr-ed ] The baby boy name Winfred is pronounced as WIHNFRehD †. Winfred is used mostly in the English language and it is of Germanic origin. It is a two-element name derived from the words 'wine' + 'fridu' meaning friend + peace, protection, safety respectively. An original form of Winfred is Winfrid (Old English).

In addition, Winfred is a derivative of the English name Winfield.

Winfred is an unusual baby boy name. Its usage peaked modestly in 1917 with 0.022% of baby boys being given the name Winfred. It had a ranking of #386 then. The baby name has steeply fallen in popularity since then, and is currently used on an infrequent scale. Among all boy names in its family, Winfred was nonetheless the most commonly used in 2018. 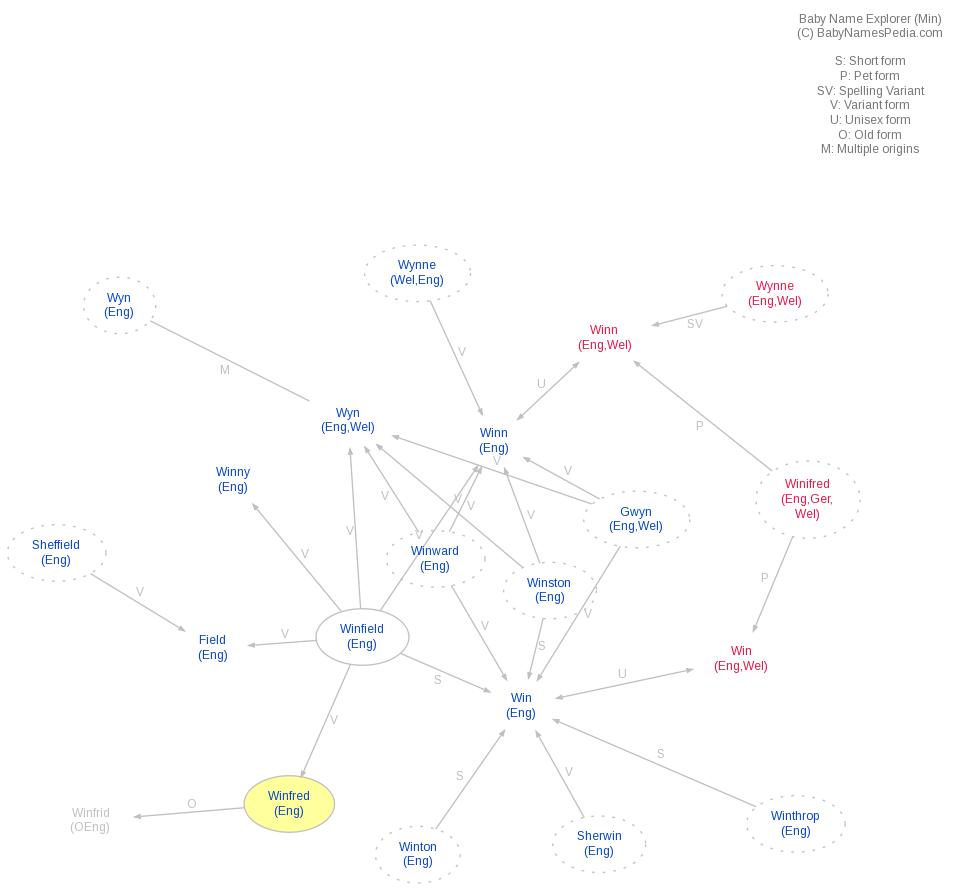