What does Wolfgang mean?

[ 2 syll. wol-(f)gan(g), wo-lfga-ng ] The baby boy name Wolfgang is pronounced as WUHLF-GaeNG in English or VAOLF-GaaNG in German †. Wolfgang is primarily used in the English and German languages, and it is of Germanic origin. It is derived from the elements 'wulf' meaning wolf ; 'gang' going. The name has sometimes been adopted by English speakers in honor of the German composer Wolfgang Amadeus Mozart (1756-1791).

Another form of Wolfgang is the English, German, and Hebrew contraction Wolf.

Wolfgang is not regularly used as a baby name for boys. It is ranked outside of the top 1000 names. 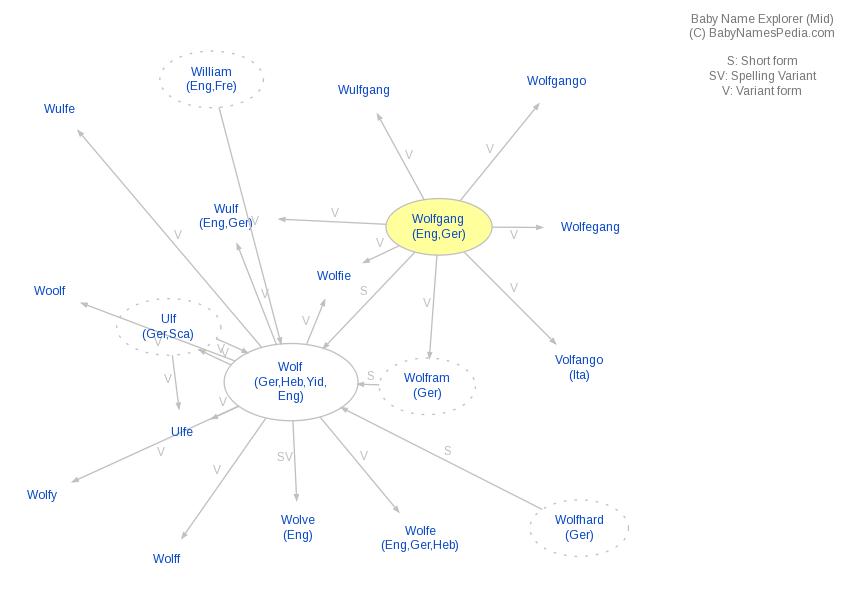